Loose ends, updates and stuff to make you spit milk out of your nose 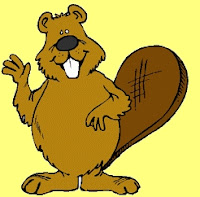 The mail bag is full, my schedule is chockers, there's lots of good stuff out there and the best I can do for now is tell you where to find it.

Remember this story? It was the account of one Colin Read, a 25-year old, $180,000 per year executive with the London-based firm LEK consulting. Read's claim to fame? He branded his wife with a hot iron after she failed to iron his tacky-tourist shirt. He also stabbed her when she failed to make his sandwiches for the next day's lunch. For his crimes he was handed a $4000 fine and allowed to go free... because, at least in part, the court felt because of his busy and demanding job, that he be allowed to pursue his career.

What career?! LEK consulting obviously takes a dim view of "wife-ironing" and fired him. Thanks to our contact in London, Henry North, for the tip.

**********
Via Liberal Catnip, we get a view of what it's like to become a refugee of the war that Bush made. Riverbend and her family have left Iraq and arrived in Syria. There's only one problem - Syria is just about maxed-out with Iraqi refugees. There are roughly 1.5 million Iraqi refugees in Syria, 750,000 in Jordan, 150,000 in Egypt, 50,000 in Iran and 20,000 in Turkey. In all, there are between 2 million and 2.5 million Iraqi refugees outside Iraq. Syria is having such difficulty and has taken in so many that they are now considering closing their border and requiring a visa to remain in the country.

The United States had offered to take 7,000 refugees this year but lowered that number to 2,000. The actual number of Iraqi refugees which entered the US this year stands at 719. That's right. I did not leave any zeros off the figure. In April and May the US allowed (get ready) ONE refugee per month to remain on US soil.

The Bush administration claims a need to carry out extensive security and background checks on all refugee claimants coming from Iraq. Hmmm.... I wonder how many Saudis wander around the US freely without such checks being done on them?

Have you ever wondered how they keep that buttery flavour so fresh on your microwave popcorn? Mmmm.... yummy!

It can kill you. The chemical responsible for that wholesome buttery taste is diacetyl. When it is heated the vapours given off can cause bronchiolitis obliterans, commonly known now as popcorn workers' lung or just popcorn lung. No one is certain, but it is believed that diacetyl may have killed at least one consumer. It has killed, or made ill, several popcorn factory workers.

There is one cure for bronchiolitis obliterans - a lung transplant.

***********
Before you read this one, make sure you have swallowed whatever is in your mouth. Do not have a cup of hot liquid nearby. Move the milk gently away from the keyboard. Down that last little bit of rum. Don't refill the Gran Marnier until after you've read this.

Steve Harper is going to lead the rest of the world in fighting climate change.

I know, I know. I should have issued a stronger warning. Fear not, however. He won't be doing that until he's turned northern Saskatchewan into a radioactive landfill. Unlike the Aussies, Harper hasn't told Bush to stuff the idea of returning processed spent fuel to the mineral extracting countries. Did I say Saskatchewan? Just guessing. I have to guess because Steve is keeping this a secret from me, from you and from Parliament.

Secrecy. It's the new transparency. I guess Steve likes George's new lubricant so much that he can hardly wait to try it out on a few Canadian premiers.

*********
That'll do for now. Thanks also to reader Cat for the tips. May you enjoy your time in Blogtopia. (And, yes. You're quite right. That is a term coined by Skippy!)
Posted by Dave at 13:37 Recommend this Post

Email ThisBlogThis!Share to TwitterShare to FacebookShare to Pinterest
Labels: rumours