Death to all violent extremists! 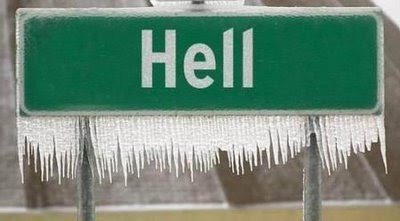 I agree with Pete King, but not in the way he might think.
He says:There are too many mosques. Imagine the shitstorm that would ensue if one were to replace "mosques" and "muslims" in his remarks with "churches" and "christians" or "synagouges" and "jews." Personally, I think we have too many of all three, especially of the fundementalist sorts, who refuse to cooperate with the state, send their children to public schools or abide by the law of the land regarding tolerance for those whose lifestyles or beliefs they disapprove of. Freedom of religion includes freedom from religion so quit knocking on my door to try to get me to take a copy of the Watchtower when I'm too hungover sleepy to argue with you. And stop trying to get the secular state to teach your addled, scientifically comic notions of where we come from alongside accepted, rational, emperical science. Believe what you like at home, but keep it to yourself, 'nuff said?
If there is one thing I can't stand, it is intolerance.
crossposted from the Woodshed
Posted by Unknown at 09:12 Recommend this Post