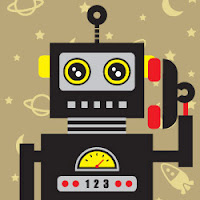 In effect, that's what it is. It is an election campaign action squad of the Conservative Party of Canada.

Concentrate efforts to win swing ridings for the Conservatives.


Crestview Public Affairs Co-founder Mark Spiro
Mr. Spiro is a "brilliant mind" who was a key adviser and top organizer on the federal Conservatives' recent electoral successes. He focused on helping the Conservative Party win several of the swing ridings in the last election to increase their seat count in the House of Commons by 20 seats.

In charge of the Target Seat Management Unit. (I absolutely love that name!)


Mark Spiro, a senior Conservative who in the past campaigns was in charge of target seat management, is returning to the same role.

From the Hill Times April 2011


One Tory said Mark Spiro, founder of Crestview Public Affairs who was a federally-registered lobbyist in 2006 and 2007, is once again helping the Conservative war room's target seat management unit, as he was in the 2006 and 2008 campaigns.

So, when RossK and I noticed a line in Lawrence Martin's column on the Conservative shenanigans in Saanich-Gulf Islands during the 2008 federal election ...

It forced us all to look a little deeper. Is Mr. Giraud pointing a finger? Certainly he wasn't pointing at himself and we can easily marry up his description with the Conservative Target Seat Management Unit.

(You just can't know how much I actually love that name. They should all have little unit patches on their left shoulder. Something like a cell phone with a thunderbolt through it. And a motto! They should have a motto. I'd suggest an informal one from my old unit but I'm pretty certain we're still using it. You fight dirty; We fight dirty).


Hat tip to Beijing York in comments.
Posted by Dave at 12:38 Recommend this Post

It amazes me how many of these dots are actually sitting right out there, waiting to be connected, like pins on a police crime map laid out in a big fucking C. You almost can't type 'massive calculated fraud' fast enough.

Might be just me, but I think these buggers would leave off the first half that motto. "We fight dirty" seems to be their MO regardless of of their opposition.

Maybe one day we will have Corrections Canada Election Fraud Division.

Ends justifying the means is only the starting point.

You're moving too fast for me, but I found something very interesting about micro-targeting:

"...Gerstein pointed out that the database-driven "voter identification and GOTV (Get Out the Vote) programs accounted for the margin of victory on some 40 Conservative MPs. Yes, you heard me. There are roughly 40 Conservative members in the House of Commons who would not be there were it not for our party's extremely effective use of its data-base."..."

Heh. I was a little leery of mentioning Spiros at first, and in fact, I have a second name (further into the same group). Don't want to drop it until I have a couple of additional historical refs.

When Beijing York popped the same name and basically the same info I knew we had at least one part of the machine.

The motto is Harper! Coordinate!

Responsive Marketing Group (RMG) seems to have removed it's page on GOTV services. I'm sure I linked to it at Creekside so I guess I could check. I remarked that Harper's invoice from RackNine indicated GOTV services and that Alberta company does not specialize in that kind of data mining.

Here is a statement from the firm RMG, issued earlier today:

Not so fast RMG. Seems that there has been controversial behaviour:

"Former Conservative-turned-Liberal MP Garth Turner revealed that the Conservatives require MPs to input constituency office information into a consolidated political database system called Constituent Information Management System or CIMS. This led to controversy over whether the Conservatives breach privacy laws with this practice. Since they are not a business, however, they probably do not.

Political work is based on list-building. All political parties work with consultants and invest heavily in database technology. Turner's charges, however, raise questions about how that work is done by the Conservatives.

The Conservatives have used their money and their connections with US Republicans to develop a wide lead over their competitors in the field of "data mining" and voter identification. They are unwilling to discuss whether they have crossed any ethical or legal lines in terms of privacy rights or data sources and totally guarded about their data systems, and the people behind them...

Where most telemarketers simply appeal to charities' donor lists on behalf of the charities, RMG has strictly-enforced contracts that make these lists their property for their own use. "They've created vast databases of people that will give to telephone appeals," says the consultant. "It's part of their contracts that they own those names. Most telemarketers don't have the right to the names they contact, but these guys do."

RMG builds information files on each donor - files that are available for use in subsequent campaigns...

Davis is well known in the fund-raising profession for the work he has done for conservative causes. He has worked for anti-abortion and anti-gun control groups, and also the Ontario Conservative Party under Mike Harris, which got in trouble for reporting payments of more than half a million dollars to RMG for telephone canvassing as polling expenses..."

This smells to high heaven. I am certain that they set up a series of Chinese walls, using various Conservative friendly companies/consultants.

Thanks very much to BY.

This is exactly where I was going.....

There are others to look at here I would expect.

Some of whom may be workin' it hard 'ethically', of course, in Lotusland at the moment.

Sona's account is indeed protected but whoever protected it hasn't blocked people that followed it earlier. However...

This is such an interesting blog. You are very knowledgeable about this subject. Please check out my site.
Targeted Email Advertising