BUT AT LEAST YOU CAN EAT 'EM. According to WIRED, the F-35 is turning out to be a turkey indeed. Stevie ain't gonna like that, and Big Julie is going to have to bell the cat.  David Axe's article, "Pentagon: Trillion-Dollar Jet on Brink of Budgetary Disaster" is scary stuff: 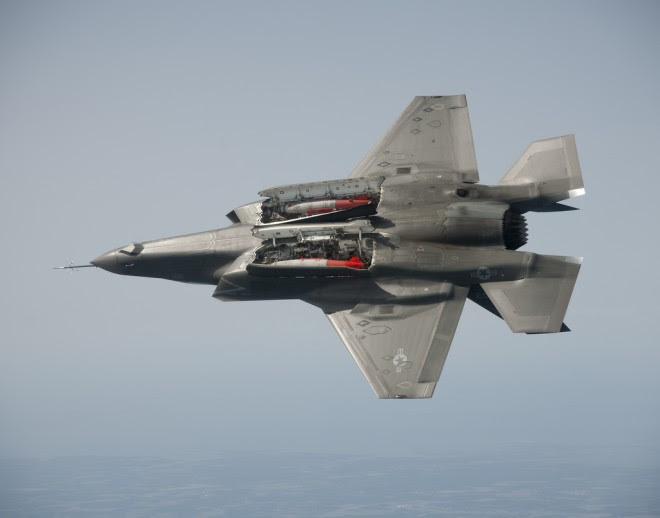 The F-35 Joint Strike Fighter, the supposed backbone of the Pentagon’s future air arsenal, could need additional years of work and billions of dollars in unplanned fixes, the Air Force and the Government Accountability Office revealed on Tuesday. Congressional testimony by Air Force and Navy leaders, plus a new report by the GAO, heaped bad news on a program that was already almost a decade late, hundreds of billions of dollars over its original budget and vexed by mismanagement, safety woes and rigged test results.
• • •
When the F-35 was conceived in the late 1990s, it was expected to begin flying combat missions as early as 2010. Lately military officials have mentioned 2018 as a likely start date. In his Congressional testimony, Venlet declined to even mention a possible timeframe for the JSF’s service entry.

So, nobody knows when, or how much? Way to go, Stevie!
Posted by Edstock at 12:28 Recommend this Post

"How many USAF F-35s? Can the USN Deploy UCAVs Instead?"

Right now, zero, and nobody knows when. UCAV's are about a decade out. The USN has 2 under test, IIRC, and the USAF has serious design studies under way.