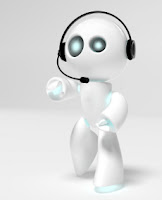 You might recall the occasion, one week ago, where a Columbus, Ohio firm, Front Porch Strategies was mentioned as having worked for the campaign of Dean del Masto. You might also recall that Front Porch Strategies appeared to have played a limited role in the Conservative campaign by hosting a Conservative townhall telephone event on their servers.

Why don't you quickly re-read that link above and come back.

Now, let your fingers do the work and find yourself over at Creekside where Alison has a nice picture and some nicely archived communications - all buzzing around Front Porch Strategies and its president - in Canada, during the 2011 federal election, working on CPoC election campaigns.

Other visits to make today:

The Wingnutterer brings this to our attention.


On the advice of his lawyer, a key player in the 2011 Conservative campaign for Guelph is refusing to answer more questions from Elections Canada investigators probing fraudulent robo-calls in the riding.

Julian Fantino is not yet finished with Elections Canada. In fact, he's not even close. Elections Canada is still auditing his campaign finance return. And perhaps, the stuff he didn't file.

Impolitical adds another check mark to the list in this post. It seems Preston Manning's lament over election telephone behaviour doesn't include having it, you know, exposed.

Oh yeah. Take a trip over to Front Porch Strategies and see the page they put up on the day the light was suddenly shone upon them. See if you come away believing that the Republican travellers know less about parliament than the Harperites know about Twitter archives.

Added: Yes, you'll want to visit The Gazetteer too.

thanks for the linkie

Of course not a mention of anything untoward, understood because if there iis one man in Canada beyond reproach it Chief Fantino. Show me the proof, HP, Toronto Star.
http://www.huffingtonpost.ca/2012/03/09/julian-fantino-investigation-elections-canada_n_1336121.html?ref=canada