KornKob Kory runs to the MotherCorp for cover UPDATE! May be a hoax. UPDATE 2! Original article vanishes. 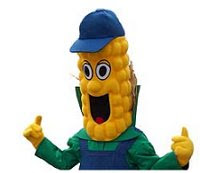 A noodly appendage dropped this on my plate.

CBC News will feature Prime Minister Stephen Harper's former director of communications as a political commentator across all of its platforms.

According to a CBC news release, Kory Teneycke will appear on The National, Power & Politics, and The House, as well as on CBCNews.ca’s political portal.

Why? He's exposed his hand. His original objective was to build a cable network that would slime the CBC. He failed, personally, but the initiative is still alive.

Is the CBC trying to wave a flag in front of Harper? Hi there. We can contribute to your wingnut welfare program.

“Kory’s intimate, first-hand knowledge of government and public policy will bring a fresh perspective to the roster of opinion at CBC News,” Jennifer McGuire, CBC News general manager and editor-in-chief, said in the news release. “We look forward to Kory’s views enriching our coverage of the many issues that matter to all Canadians.”

He might even be able to provide live coverage when his computer gets seized.

Just musing here to myself about nothing in particular, but Jennifer, do you keep him on if he gets charged with an indictable offence? Just wondering about the retention policy of Mother Corp.

Graphic stolen from our own Alison

BIG UPDATE! Via Holly Stick in comments, Kady on Twitter is suggesting that this might all be a hoax and that CBC has NOT hired Teneycke. (I'm guessing they are still trying to hose down from the last time he occupied a chair there.)

EVEN BIGGER UPDATE! The article to which the original post was linked is now... dead.

Somebody on twitter noticed that that is word-for-word the media release for when he was hired the last time. And kady wrote that she is pretty sure he hasn't been rehired.

So hopefully a hoax.

Wingnut welfare being what it is, I'm sure the stupid asshole will land on his hooves.

But let's not have it on the tax-payers' dime.

We've already got to pay for the Olympics, the G20, the fighter planes and the prisons which will be privatized for a song.

I almost threw up reading your post...until the good part. Please CBC, don't do it. Just don't do it.