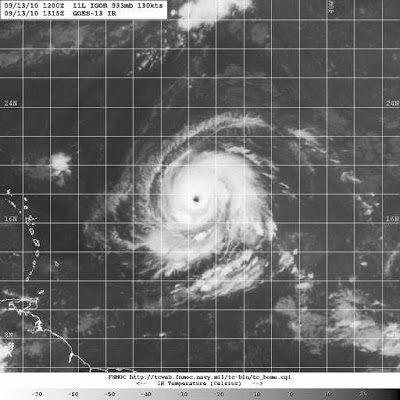 It took a while for Igor to develop in the tropical eastern Atlantic but now, with some extraordinarily high sea surface temperatures and minimal wind shear, this cyclone has reached the upper limit of Category 4 on the Saffir-Simpson Wind Scale and is now a major hurricane. Official NHC guidance is that Igor will not reach Category 5 although that depends on some changing upper air conditions. Most intensity forecasts show support a system that will strengthen today and then gradually weaken as it undergoes eyewall replacement. Some intensity models suggest Igor will indeed become a Cat 5 cyclone.

Igor is located about 940 miles/1500 miles east of the Leeward Islands of the Lesser Antilles tracking westward at 11 knots (20 kmh/13 mph). It packs sustained winds of 130 knots (241 kmh/150 mph). Most models are in agreement that Igor will start to slow its forward progress somewhat and start to adopt a track tendency north of west. That will see the cyclone move slightly poleward before it has a significant impact on the Lesser Antilles. It is far too early to forecast where Igor will become a major threat to population although at least three models suggest a probability of Igor making a pass over Bermuda as a major hurricane. 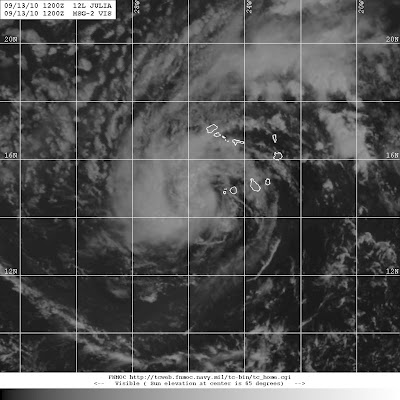 Tropical Storm Julia is located about 85 miles WSW of the Cape Verde Islands. Initially a bit difficult to pin down, Julia is tracking West-Northwest at about 11 knots (20 kmh/13 mph). Sustained wind speeds are estimated at around 35 knots (65 kmh/40 mph). Julia is not expected to intensify over the next two days, however there is some significant divergence in the forecast models. The current prognosis is that Julia will move further to the north and intensify by mid-week. 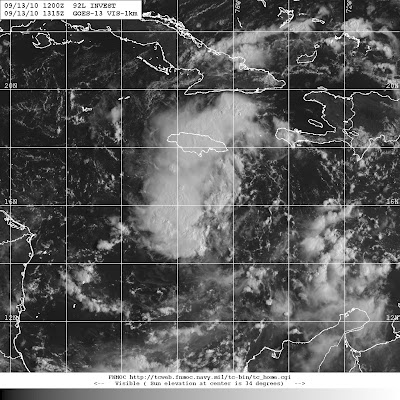