Getting to the end of the Monopoly Game . . . 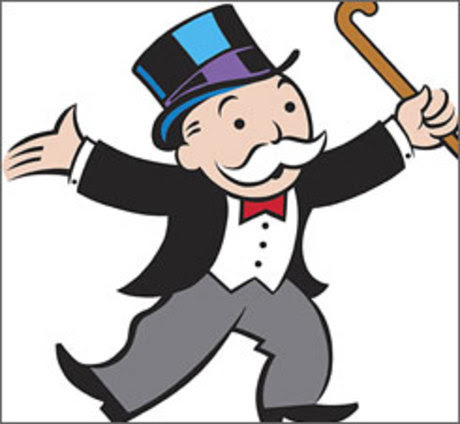 If any single number captures the state of the American economy over the last decade, it is zero. That was the net gain in jobs between 1999 and 2009—nada, nil, zip. By painful contrast, from the 1940s through the 1990s, recessions came and went, but no decade ended without at least a 20 percent increase in the number of jobs.
. . .

But while the mystery of what killed the great American jobs machine has yielded no shortage of debatable answers, one of the more compelling potential explanations has been conspicuously absent from the national conversation: monopolization. The word itself feels anachronistic, a relic from the age of the Rockefellers and Carnegies. But the fact that the term has faded from our daily discourse doesn’t mean the thing itself has vanished—in fact, the opposite is true. In nearly every sector of our economy, far fewer firms control far greater shares of their markets than they did a generation ago.

Indeed, in the years after officials in the Reagan administration radically altered how our government enforces our antimonopoly laws, the American economy underwent a truly revolutionary restructuring. Four great waves of mergers and acquisitions—in the mid-1980s, early ’90s, late ’90s, and between 2003 and 2007—transformed America’s industrial landscape at least as much as globalization. Over the same two decades, meanwhile, the spread of mega-retailers like Wal-Mart and Home Depot and agricultural behemoths like Smithfield and Tyson’s resulted in a more piecemeal approach to consolidation, through the destruction or displacement of countless independent family-owned businesses.

And when the Monopoly game is over, you just dump the pieces back in the box . . .