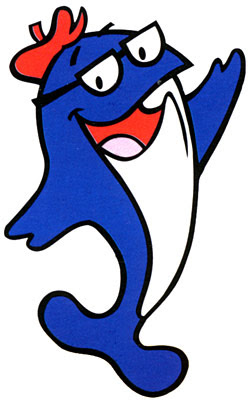 What was in the water that day was a congregation of Atlantic bluefin tuna, a fish that when prepared as sushi is one of the most valuable forms of seafood in the world. It’s also a fish that regularly journeys between America and Europe and whose two populations, or “stocks,” have both been catastrophically overexploited. The BP oil spill in the Gulf of Mexico, one of only two known Atlantic bluefin spawning grounds, has only intensified the crisis. By some estimates, there may be only 9,000 of the most ecologically vital megabreeders left in the fish’s North American stock, enough for the entire population of New York to have a final bite (or two) of high-grade otoro sushi. The Mediterranean stock of bluefin, historically a larger population than the North American one, has declined drastically as well. Indeed, most Mediterranean bluefin fishing consists of netting or “seining” young wild fish for “outgrowing” on tuna “ranches.” Which was why the Greenpeace craft had just deployed off Malta: a French fishing boat was about to legally catch an entire school of tuna, many of them undoubtedly juveniles.