Arizona one step closer to creating a "bag limit" 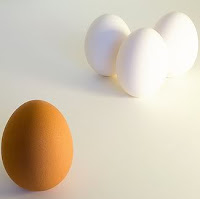 Now Arizona, seized of its egregious immigration law (requiring people to immediately produce "papers" on the demand of a police officer) has a new Republican bill under consideration. (Emphasis mine)

A new law under consideration in Arizona would deny birth certificates for children born in the US to illegal immigrants.

In a statement that would make an old Apartheid Afrikaner blush, one of the original sponsors of the current immigration law made the following noises:

State Representative John Kavanagh (R) argued that the law does not conflict with the Constitution, since the original drafters never intended the right of citizenship to be granted to children of illegal immigrants. "If you go back to the original intent of the drafters ... it was never intended to bestow citizenship upon (illegal) aliens," Kavanagh said. In addition to supporting the proposed law, Kavanagh also supported the controversial law that gave Arizona greater authority to find and deport illegal immigrants.

Hmmm. I guess one would have to read the pertinent part of the US Constitution to determine that. Let's see what a Canadian can make of it.

Oh. That was ratified in 1868 and some people might call it "quaint". Prior to that, nothing was written nor even suggested as to who was legally a citizen. Perhaps this was because the drafters of the original US Constitution were actually, until 1784, British subjects, rebellious though they might have been at the time.

Kavanagh, somehow able to divine from the grave the "actual" intent of the drafters seems to be reading something which isn't and never has been there.

Give them time. Before long anyone who doesn't pass the Kavanagh "smell test" will be declared non-human and Arizona Republicans will be demanding to issue hunting licenses for them.

* Kavanagh, just so we're clear here, is sitting in Arizona yapping it up only by virtue of Article IV of the US Constitution. He is not a native of Arizona. He is a retired New York Port Authority cop from Queen's, New York.
Posted by Dave at 14:49 Recommend this Post