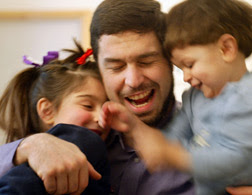 SLATE HAS AN OPINION ON THE US SUPREME COURT'S refusal to hear the appeal of Maher Arar, and it's not good for the Supremes and American jurisprudence: "Ignoring Maher Arar won't make his torture claims go away." The article, by Dahlia Lithwick, contends that

With the Supreme Court signing off on the 2nd Circuit Court of Appeals' decision to kick Arar to the curb, he has nowhere left to turn in the American courts. As Arar said in a statement issued by the Center for Constitutional Rights, the "decision eliminates my last bit of hope in the judicial system of the United States." Nor did it take any time at all for the Supreme Court's latest torture smoke signals to travel through the rest of the court system. The very same day the Supremes declined to hear Arar's case, a panel of judges on the 9th Circuit Court of Appeals was hearing arguments about former Bush administration lawyer John Yoo and his alleged role in the state-sanctioned abuse of another accused terrorist, Jose Padilla. Already one of the appeals-court judges was likening the denial of certiorari in Arar's case to the problem in John Yoo's case, worrying aloud about the courts wading in and "imposing liability on a non-policymaking lawyer."

The Yoo and Arar cases thus became mirror images of each other in just a few hours: A torture lawyer cannot be held responsible for authorizing torture, and an innocent victim of torture cannot get restitution. Torture slowly becomes a singular act for which nobody will ever be held to account and nobody will ever be made whole.

Each time an American court declines to address this issue because it's novel, or complicated, or a matter best left to the elected branches, it reaffirms yet again that there is no precedent for doing justice in torture cases. By declining to find torture impermissible, they are helping to make it acceptable.

No wonder President George W. Bush can now openly brag about the water-boarding policy he once denied even existed. The courts have become complicit in the great American cop-out on torture. As Arar's attorney Cole explains, in a 2009 speech arguing against the creation of a commission to investigate torture, President Obama insisted that torture suits being filed in the courts would offer sufficient accountability. But since then his administration has acted to thwart every one of those lawsuits and weighed in on the side of the torturers. The courts now refuse to consider the torture issue because it's for the president and Congress to set policy. The president promises that vindication will come from the courts. Each branch of government hides behind the others. This is the separation of powers turned into a constitutional shell game that exists only to evade responsibility.

There will be interesting things that come of this, as the years pass.