So... the "Media Conservatives" don't like Ron Paul. That means he is deserving of a second look.

I don't really have an opinion of Ron Paul, Republican presidential hopeful, but when I see this coming out of the Doughy Pantload, Paul becomes worth a second look.

As the hopeless but energetic presidential campaign of Rep. Ron Paul (R-Texas) builds momentum in name recognition, fundraising and cross-ideology appeal, media conservatives are beginning to attack Paul in earnest.

Media conservatives? Who are they?

When I see Goldberg using up his valuable column inches to focus on one person, I see fear. Jonah and his "media conservatives" are afraid of Ron Paul.

And they should be. Paul, apparently, understands who the "media conservatives" really are: Pant's pissing babies who hate people for not sharing in their fear. And it's not fear of "terrorist" attack. It's fear that they will be completely exposed and that their unearned privileged lives will be taken from them.

Continue please, Goldberg. You are so inept that you expose the flank of the "media conservatives". You make this easy.

And, because at least one reader would like to see something "softer" and less cutting, (That is not an insult to the the reader. It is respect for the sense of humour displayed.), I feel compelled to respond to Goldberg's column with something more graphic, but equally important and relevant. 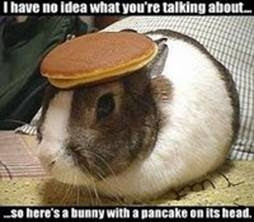 Tip of the hat to Moderate Man for the Desiderius Erasmus reminder and Cheryl for the graphics.

Email ThisBlogThis!Share to TwitterShare to FacebookShare to Pinterest
Labels: goldberg