This would be funny if it were a joke 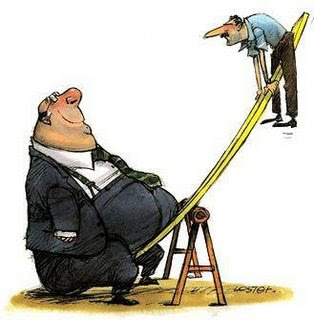 When Newsweek hired Markos Moulitsas, the founder of Daily Kos, to write for them, Newsweek Editor Jon Meacham, responding to the shrieking from the right-wing, announced that they were also hiring a "conservative" to provide "balance".

Well, the "conservative" name was announced yesterday. Hold onto you ass, this could cause severe distress.

Which just goes to prove Jon Meacham is some kind of idiot. Karl doesn't do blogs; Karl has others do that for him. Much in the same way that Karl doesn't engage in debate; Karl organizes smear-campaigns.

This should be interesting. FOX News slammed the hiring of Markos on the basis that he was no journalist.

Graphic shamelessly lifted from Echidne of the Snakes.
Posted by Dave at 16:46 Recommend this Post