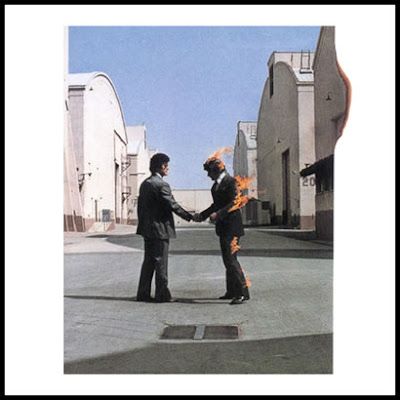 I don't.
I grew up in Sault Ste. Marie, north of the Great Lakes, in a grassy subdivision where everyone had a lawn and most people didn't have or need air conditioning. A hot day meant it was 75 or 80 degrees F - though it did occasionally get hotter in late August. Later when we moved to southern Ontario, the slightly hotter, more humid weather was mitigated by the fact that we had a pool in the backyard and central air. Even so, a hot, sticky summer in the Golden Cresent was not always pleasant.
After ten years in Tokyo, I vow never to complain about summer heat in Canada ever again, not even if the earth moves closer to the sun and global warming turns the tundra into the tropics.
Have a look at today's weather in Tokyo here. It was 32C when I got up this morning at 7:30 with the humidity running at about 60%, which meant it felt like it was 39C - it was 36C by noon
and the humidity had dropped to about 50%, relatively dry for Tokyo in August, which meant it felt 41 C. It may go up to 40C over the weekend, with higher humidity making it feel like you've been dipped in kerosene and set alight in the shower room at the gym.
The weather forecast for the next few days is as follows:
Friday: Hot as a $3 pistol and swamplike
Saturday: Scorching and saunalike
Sunday: Sweet, sweaty Jesus, it's %&$#ing hot.
Monday: Hot enough you'll want to die and go to Hell so you can cool off
Tuesday: "Kill me, kill me now, please" with scattered spontaneous human combustion in the business district.
and so on, and so on, until about the end of September.
And you can't really appreciate what that's like until you've ridden home on the rush hour train, packed in like pressurized sardines with a carriage-load of corpulent office drones who took a hot bath last night before they went to bed, got up and put on a three piece suit and long sleeved polyester dress shirt and tie, smoked until brown traces of nicotine started to ooze from their pores and ate fish and garlic for lunch, topped with a half a dozen doubtlessly much needed beers after work that, since they lack a particular bit of DNA that allows them to process alcohol, have caused them to turn the color of a ripe cherry and sweat like a frat boy whose girlfriend is week late. Fragrant doesn't even start to cover it.
I don't know how people lived here a hundred, two hundred, three hundred years ago without air conditioning and artificial refrigeration. I know the heat island effect and all the concrete drive the temperature in Tokyo up a few degrees and on going global warming blah blah blah, but Tokyo's always been hot and probably used to be more humid, and have open sewers. And it was a city of million people by the 1600s. No wonder the samuri used to have licence to go around hacking the heads off of anyone from the lower classes who looked at them sideway. I'd have been in pissy mood too. Besides, if you were a manual labourer in old Edo in August and coolest thing around was stagnat well water, you'd probably think of violent beheading as sweet release.
While the dress code in our office doesn't require neckties, praise Allah, coming to work in a loincloth made of two bags of ice cubes and duct tape would probably be frowned upon.
I'm six feet tall, weigh in at 120 kilos and am somewhat hirstute. (I know, I know -- you're getting turn on just seeing that description on your computer monitor) I have a body like Sylvester Stallone--in Copland. I look like Schwartzenggar would look if he had quit pumping iron fifteen years ago, drank a dozen beer a day and developed a cheeseburger addiction. I generally keep my shirt on at the beach - some are born modest, some have modesty thrust upon them and some are issued with restraining orders against going shirtless by the United Nations' High Commissoner for Good Taste. Nobody needs to see me naked, but if this heat keeps up, before long I'll be going around in nothing but a tube sock with a five pound block of ice strapped on top of my head.
You want to talk about climate change -- I'm all for it. Screw Al Gore and the so-called scientists, screw spending money on AIDS in Africa or paving the Middle East from the air to kill the bad people or feeding and educating our own population -- I want Gates and Soros and Murdoch and the rest of the billionaires to concentrate on finding a way to control the weather. I'm not talking about getting rid of hurricanes or making it rain in the Sahara, just lower the freakin' thermostat a few notch, cantcha? They used to warn us that another ice age was going to come someday, lets see what we can do to make that happen ASAP. Bring on the glaciers! I'm happy to put on a sweater, throw an extra blanket on the bed, wrassle polar bears while snowshoeing to work -- whatever. Just stop with the heat already!
crossposted from the Woodshed
Posted by Unknown at 21:44 Recommend this Post