In Southwark, England, the message seems clear. You can brutalize and torture your spouse, be charged with causing actual bodily harm and, if you make enough money because you work long hours, you can just pay the toll and walk away free.

A management consultant branded his wife with a hot steam iron because she had failed to press his shirt.

Cambridge graduate Colin Read, 25, also slashed her with a knife because she had forgotten to make his sandwiches.

His wife Elizabeth, also 25, sat quietly in the corner of the courtroom at Southwark Crown Court as he indicated he could pay the fine within 28 days.

He was spared even a community punishment because the judge ruled that "special circumstances" suggested he was unlikely to reoffend and his job meant he was too "busy" to find the time to complete any order.

Special circumstances? He was too busy to actually, you know, accept punishment and correction? Well maybe the devil is in the details.

The couple had met as students at Cambridge in 2003, where he studied engineering and rowed for his college, Magdalene, and she was a sciences student at Downing.

Later they moved to London, where she began medical training at King's College and is now in her second year. They moved into a flat in Herne Hill and married in June 2006.

Read began working for management consultancy LEK Consulting in 2005 and was soon reaping the financial rewards.

But he put in 17-hour days and his moods darkened whenever he returned home. Violence began three months after their marriage.

The first attack came on September 19 when he returned home in the small hours and found his wife had not prepared his sandwiches for the next day.

Enraged, he slashed her foot with a knife as she lay sleeping. When she complained, Read responded by beating her with his fists.

A day later she tried to speak to him about what happened. He beat her again.

Eight days later, even worse was to follow. Read complained that a shirt printed with palm trees that he needed for a corporate "beach party" function was apparently unironed.

He lashed out again, branding his wife twice on the back with the iron. He pressed so hard that the iron's steam holes were burnt into her flesh.

Too scared to even call a doctor, Mrs Read simply stood under a cold shower for half an hour and then attended lectures as normal.

Police were called only after a friend alerted officers. Read was arrested within days.

I'm struggling while I look for another word to describe this guy but the only one I can come up with is "monster".

At this point it would be beyond comprehension as to what could have taken place at trial to cause a judge to go lightly on this swine.

Read told police that his wife was "self-harming".

Surprisingly, that excuse is used a lot by spouse-beaters, particularly men who beat women.

Later, he claimed it was "possible" he had attacked her but he "couldn't remember".

A judge swallowed this. The Alberto Gonzales defence. The little prick makes a six figure (North America) salary for a management consulting firm. He's apparently got a degree in engineering. At 25-years of age, I find it inconceivable that any company would pay out that kind of money to someone with a memory that faulty. The judge, however, bought it. 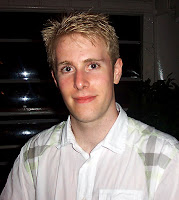 [H]e walked free from court with his mother at his side after a judge decided not to jail him. A report recommended a community service order, but Recorder William Featherby questioned how Read would fit it in around his long working hours.

Really! Yes, that would be inconvenient for the little bastard, wouldn't it? And we wouldn't want to interrupt that six-figure income now, would we? Best just let him go back to earning the big bucks and let's just forget the whole thing.

He said he was concerned that Read had denied the offences despite overwhelming evidence and he called the iron attack "appalling".

So... if you simply deny it, that injects reasonable doubt? Apparently not. Read was found guilty, after all. And the iron attack would have been the most compelling evidence. It's pretty tough to jam a hot iron on your own back. Try it with a cold one and see what happens. So, the judge did believe Elizabeth Read but the denial of Colin Read was enough to mitigate the sentence.

Yeah, and that's not all. You aren't near angry enough yet. This should do it to you.

But the judge said it was the circumstances of the marriage that had provoked Read and that now those circumstances had gone, sending him to prison would "help no one".

P.r.o.v.o.k.e.d him. Let me guess. After spending all day in medical school and him coming home at oh-dark-thirty, she didn't make his sandwiches for the next day and he decides to slash her foot with a knife. Because, at his salary he can hardly afford to go out for lunch. And it's not like there is any kind of lunch delivery in London these days. Yeah, that's real provocation alright. The complaining about having her foot cut up? That would provoke a beating - from an animal. And not having his tacky-tourist shirt ironed is beyond the realm of acceptable. But apparently he knew how to heat up an iron.

Sending him to prison would "help no one"? It would meet all three criteria in sentencing, but apparently the judge has a different view of those things. Read used a weapon in two instances. That requires punishment. As underwhelming as it was, the fine serves as punishment and only punishment. Then there is protection of the public and rehabilitation. Those things were not addressed... because the kid is just too busy at work.

The next time you wonder why women are so hesitant to report abuse at the hands of their stronger male partners, come back and read this.

It's a good thing the nasty little sonofabitch left with his mother. No doubt she'll go back to making his sandwiches and keeping his party shirts ironed. And hopefully there is a senior partner at LEK Consulting who takes a dimmer view of Read's behaviour than the Southwark Crown Court.