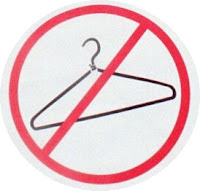 But both those groups do acquire legal and safe abortions. Then many turn around and demand they be made illegal.

Birth Pangs highlights an article by Vancouver activist and writer, Joyce Arthur, in which she recounts the anecdotes of doctors and abortion clinic workers dealing with anti-choice women who were ignoring their own preaching.