Since you mentioned Vietnam... 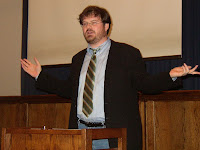 In the interest of promoting laziness, Jonah Goldberg offers himself up, once again, as a piece of low hanging fruit.

The mainstream media and a lot of liberal-leaning analysts seem to think it's politically foolish or reckless for Bush to compare Vietnam to Iraq because they have one very specific narrative in mind when it comes to that war: America shouldn't have gotten in, couldn't have won, and then lost. What they have long failed to grasp is that's not the moral of the story in the hearts of millions of Americans who believe that we could have won if wanted to and it was a disaster for American prestige and honor that we lost (whether we should have gone in is a murkier question for many, I think).

Millions of Americans? Well, yes. Given George W Bush's popularity, (or lack of it), at around 26%, and using the 2004 census figures indicating 216 million eligible voters, that would translate to about 56 million people. So, yes, millions of people, so blinded to the realities of today that they continue to support the worst administration in American history, quite likely do support the notion that the US could have won in Vietnam.

The question remains: Won what?

In other Pantload news, Goldberg's long awaited and constantly delayed book now has an availability date of December 26th, 2007, so don't expect to find it in the stocking you hang by the chimney. By then, who knows what the title will be?

Why does Goldberg hate Christmas?
Posted by Dave at 10:10 Recommend this Post