On blogs and elitism 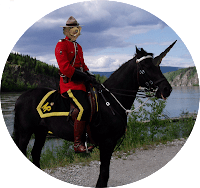 About a week ago, Atrios, one of the biggest of the US liberal blogs declared Blog Amnesty Day. We could all be excused for not fully understanding the meaning of that. We soon found out.

The "amnesty" was self-ascribed by Atrios to excuse what he was about to do: commit a general blood-letting of his blogroll. Shortly after that dKos did the same thing. Suddenly, their blogrolls were a lot smaller and, ahem, "elite". I use that word because it was used by Chris Bowers at MyDD to describe that blog's place in the progressive blogosphere.

So, what we end up with is the US big dogs granting themselves "amnesty". Amnesty is granted to those who are guilty of something. Their act could be construed as somewhat ruthless. They expunged their blogrolls of many of the smaller blogs. In a world where links determine things like Google page rankings, they committed many well-written blogs to the morgue by dropping their link to them. They had used a lot of the links to achieve a standing and once there, slammed the door.

They have the right to do that, although Jill applies some direct heat and nails it.

But with Kos and Atrios making a big show about "culling the blogroll", and Chris Bowers playing "Mine's Bigger" with the rest of the blogosphere, is this really what it's come to? Is this the Revenge of the Nerds come to fruition? Is this the guys who DIDN'T get laid on prom night finally staking their claim to coolness? If so, are we going to sit by and take it? Are we going to just toil away while guys like Atrios and Kos and Chris Bowers define the rules and brand the rest of us as useless?

I was once a member of a unit that was constantly described, in the media, as "elite". The media could get away with it. We could not. We couldn't afford to. No matter what we did, or how we did it, our egos had to be kept in check and we were constantly reminded that we were a small part of a much larger organization. We needed every part of that larger organization. In fact, there was nothing all that "elite" about us. We simply had a different job than other units and the great leveler was that anyone from that larger organization could apply to join.

Back to blogtopia, (a term coined by Skippy), elitism is relative. Declaring your own blog "elite" is a touch arrogant. Even a top high-stakes gambler knows there is always going to be someone better. The decision by some of the big US blogs to cull their blogrolls will limit them.

Jon Swift has one of the best posts I've read on the matter and makes this point:

I think that perhaps the liberal blogosphere could learn something from the conservative blogosphere. For example, there are a number of conservative communities that blogs can join which give their members numerous crosslinks. This tends to raise their profile in Technorati rankings, Truth Laid Bear rankings and in Google Page Rank. In his recent post on blogrolling Markos said, "a blogroll link isn't a major source of traffic," which may indeed be the case for his blog but not necessarily for those who get a few million fewer hits than he does. He also doesn't take into account the fact that the more links a blog has, the higher it appears in search engines. According to New York magazine, the number of links a blog has tends to correspond with how much traffic it gets. Limiting blogrolls to a few elite blogs, also reduces the diversity. Apparently, affirmative action is good for universities, but doesn't apply to blogs. Although I am opposed to quotas and am completely colorblind, I would not be surprised if my blogroll is in fact more diverse than those of many major liberal blogs. Some bloggers of color have even learned at their peril not to rock the boat too much or risk getting delinked.

One wonders if the cleansing of the blogrolls by the big US blogs is intended to limit the traffic to the smaller blogs. Because it really serves no other purpose except to reduce the ranking of a smaller blogs, it has the effect of defending the larger blog against other rising stars. Certainly, some of the cuts got rid of some major players like My Left Wing and TBogg.

All of this got a rather sharp reaction, particularly from a lot of the middle-ranked blogs. Skippy the Bush Kangaroo, who has a pretty impressive rank in Blogtopia, found himself cut from three big blogs and decided to fight back.

but it's the snub that hurts. we have been blogging consistently for 3 months short of as long as kos, and we have been mentioned by several big time hotshots in the media. plus, with our actual active involvement in news stories concerning the blogging media's relation with electronic media, we would have thought our place in the history of blogtopia (and yes, we coined that phrase) would have assured us of a spot on the most important blog in blogtopia (yada yada coined the phrase). but we were wrong.

And then Skippy proceeded to do the exact reverse of the Atrios and dKos "amnesty" by adding to his blogroll. It's working. Progressive blogtopia is behaving like a swarm of Africanized Bees and linking blogs of all sizes.

Therein lies the answer. A blogroll can represent many things to the reader. It can be an indication of what we contributors read, or it can be a hot list of the best, or it can be a series of paths to find something different. Whatever it is, it gives the curious reader more than what is on the page they are currently reading. It's the larger organization we all need because we all do this a little differently than each other. And, as a Canadian blog which tries to view a wide scape which goes well beyond the borders, that is a good thing.

The blogroll will grow. The only links we will remove will be the dead ones. And if you link here, we'll link back.

So, dear reader, here are the latest additions to the blogroll:

Coeruleus where the global warming deniers get taken to the woodshed.

Jon Swift where you can actually read a conservative and not feel all icky.
Posted by Dave at 01:40 Recommend this Post