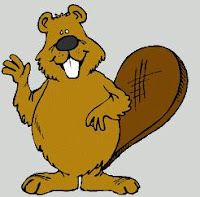 A couple of the guys who actually started the little pig-fight which spawned something of a movement have attempted to explain their decisions. That's nice. (You do know the story of "That's nice" don't you?)

Anyway, while they explain away, as Jill says, the march of the ants continues...

Vitriolic Pulpit is now on the blogroll.

News Hog is running a hot line on the Bushco march to war with Iran right now. Onto the blogroll.

Conservatism is Dead! makes an entry. I don't have to explain the focus there, do I?

Shadow of the Hegemon links up. You really have to read this post.

There will be more later. And, there will be a little bit of a clean-up of a couple of dead links but I'll be trying to categorize a bit, once we've had a contributor's exchange.

In the meantime, take a look at this cool picture from Cap'n Dyke.
Posted by Dave at 09:09 Recommend this Post