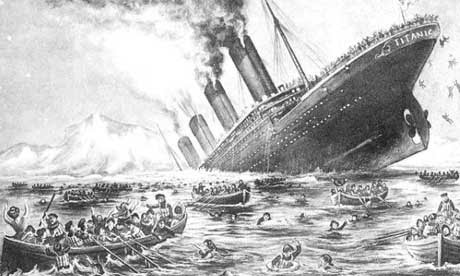 Survival on board the Titanic is famous for its gender bias: roughly three out of four women survived, and almost half of the children, but only around 20% of men and crew. Social norms, an important building block of an economy, seem to hold up even in the most extreme of circumstances. Or should we say British norms? The recent Costa Concordia disaster off the coast of Italy, in which the captain abandoned his sinking ship, led to discussions of British chivalry at sea.

A new and timely paper from Sweden tries to shed some further light on the issue.  Mikael Elinder and Oscar Erixson of Uppsala University have looked at 18 peace-time shipwrecks for which they could find detailed data. The results are striking. Women had a lower chance of survival in 11 out of 18 instances. Only on two ships was it an advantage to be a woman: on the Birkenhead in 1852 and on the Titanic. The best odds of survival on average were, somewhat surprisingly, those of the crew, followed by none other than the captain. Children were worst off.

Crew and Captain.
That is not really surprising. They are the most familiar with the ship, it's survival equipment and also the abandoning procedure.
Also at any given time half the crew would be on duty and able to immediately respond to a call to abandon ship.
Familiarity with the environment in an emergency is a huge bonus.
As for the two ships where women were rescued in large numbers, the Titanic took 3 hours to go down so an orderly abandoning of the ship was possible and the example of the Birkenhead would be in a lot of the men's minds.
The Birkenhead was a troop ship and army discipline was strict enough to ensure that nobody panicked while the "women and children" order was carried out.
So if you are a woman, travel on a ship only if there is a large number of soldiers on board or hope the ship takes a long time to go under.