CORRUPTION IS ETERNAL — and it comes in many different guises. According to Fred Reed's article, "The Receding Tide: Becoming Uzbekistan",

The first is corruption. America is rotten with it, but American corruption is distinct from corruption in, say, Guatemala or Thailand, being less visible and better organized.

Several major differences exist between the usual corruption in the Third World and that in America. In most of the Third World, corruption exists from top to bottom. Everyone and everything is for sale. Bribery amounts to an economic system, like capitalism or socialism. By contrast, in the United States, graft flourishes mostly at the level of government and commerce. 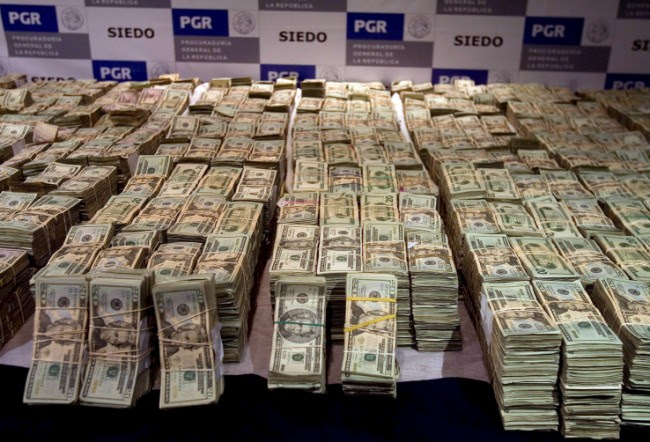 Second, unaccountable and often intrusive police not subject to control by the public. In America formal police departments rapidly grow more militarized, jack-booted, swatted-out, and their powers grow. A law-abiding citizen should never be afraid of the police, and a misbehaving cop should worry intensely when said law-abiding citizen records his badge number with intent to call the chief. Those days are over. Today the cops can bully, threaten, and harass, and there is precious little you can do about it. The proliferating laws against filming the police can have only one purpose, to prevent exposure of misbehavior.

Check out the rest of the article. Makes me wonder what kind of deals Stevie and the Weasels have made with the Tar Sands Tyrants.

Canada has become a worse cesspool of corruption, since Harper.

Herr Harper has permitted China to buy up the tar sands. They are bringing their own people to work, their vast tar sands holdings. China refuses to pay Canadian wages. Same way, China will not permit the dirty oil, to be refined in Canada. They can pay their people crap wages and do the refining, in their own country. Child laborers only earn penny's a day.

In BC it's the same. Campbell shipped BC mills to China along with our raw logs. This put 131,000 BC mill workers, out of jobs. China also owns BC mines. They are bringing their own people, to work those too.

Canadian citizen's, are pretty much, good decent people. It's the politicians, that are the scum of the earth.