And look what floats to the surface (updated) 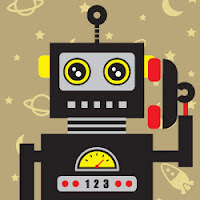 You're welcome! And thank you RossK.


Elections Canada investigators on the trail of the "Pierre Poutine" suspect in the robocalls case have been asking questions about the actions of staff at Conservative party headquarters in Ottawa.

Nearly a year after the investigation began, the agency is trying to determine why database records provided by the party appear to be missing entries that could help identify who downloaded the phone numbers used to make fraudulent robocalls, according to a source familiar with the probe.

Investigators also are inquiring about a phone call from Conservative headquarters, made the day before the election, to RackNine, the Edmonton voice-broadcasting company whose servers were used to send out the robocalls.

And why is this significant? Well ... (emphasis mine)


Also of interest is a call to RackNine made on May 1, the day before the vote, from a number in the Conservative party war room in Ottawa.

The number is listed as belonging to Chris Rougier, who was identified as the party's manager of voter relation programs. It usually rings on his desk at party headquarters on Albert Street in downtown Ottawa, but was forwarded to the party's south Ottawa war room for the duration of the campaign.

Rougier was a key member of the target seat team, working directly under campaign manager Jenni Byrne, acting as a liaison with vendors providing telephone services to the campaign.

That would be the same outfit that we identified on on March 2nd, right here. And it was commenter Beijing York who put us on the trail.

Now, back over to The Gazetteer for a wee bit of election fraud entertainment. (Check out the footnote section).

More more more:  Dr. Dawg called it a long time ago. You know, that little thing that happens when there are records? Gaps. And SaskBoy has more.

Sixth Estate draws a conclusion: The Harper Conservatives know who Pierre Poutine really is.
Posted by Dave at 19:10 Recommend this Post

Oh! This is a much better ending to the day than the beginning!

Glad we in the swamp had a hand in making your day better. :o)

Not directly on point, but Alison At Creekside has found more on the Front Porch Strategies scandal, with some interesting interconnections:

(And she put my bleary-eyed self on track for my own piece last night, too--saved me some embarrassment.)