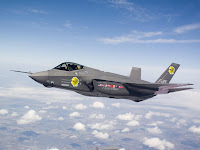 Consider, for a moment, you are going out to buy a new car. You compare the various aspects of the vehicles available to you. Of the vehicles which suit your particular needs only three of them measure up in terms of size and capability. One of them comes with a full five year warranty while the others have warranties which cycle down over the same five years. The cost of the full five year warranty car is slightly higher than the others. In your head you weigh things like overall performance, durability, frequency of repair, fuel economy, user-friendliness, comfort, cool gizmos and, (whether you'd like to admit it or not), appearance on the road. Overall though, even though you may not recognize this, (or unless you're an 18-year old with tar sands wages), you run this one question through your mind: Will this vehicle pay me back in terms of cost and effectiveness over the period of time I expect to own it? (You might even add "status" as a criteria).

Most people never actually sit down and work out the annual cost of operating a vehicle, nor do they perform a forecast repair cost analysis of the various systems which will eventually need attention. Things like exhaust, tires, brakes and major tune-ups tend to get overlooked by car buyers. The sales manager is really hoping you never ask about those things. And, if you do, in the absence of you doing hours of research on your own, you're relying on the honesty of the sales manager to provide you with the answers.

Military procurement processes work much the same way except, where you don't work out the estimated cost of the vehicle over the period of expected ownership, governments do. And they do it in detail. That is the actual cost of development, acquisition, operations, and support (to include manpower), and where applicable, disposal. That is Life Cycle Cost also known as Total Ownership Cost.

Prior to 2006 the Joint Strike Fighter program was essentially a development project. In the early stages (1997) Canada signed on as an "informed partner" with the US government for a cost of $10 million. Nobody believed, including those in the air force, that this meant anything in terms of procurement. At this point there were still US competitors vying for the opportunity to develop a "next generation" fighter aircraft. In 2001 Lockheed Martin won the US competition and in 2002 Canada signed on as a Level 3 partner in the development at a cost of $150 million.

That, apparently, is where the worm turned for some in the Canadian air force (hereafter referred to as RCAF) and in DND. It is also where the first lie came down the chute.

Lockheed Martin generated a potential sales figure for the F-35 on the scale of 5,179 aircraft. That assumption was based on every western air force operating late 20th Century fighters dropping what they were looking at and going with the JSF. It was also how Lockheed Martin claimed to be able to keep the unit cost of the fighter low. Without that sales score the unit cost of every plane would go up.

Lockheed Martin was out by well over one-third on the initial projection. The best projected sales they could come up with was 3,173 aircraft and even that figure has been altered - downward. And that meant the unit and life cycle costs of the aircraft were going to rise.

The facts didn't seem to enter into the relentless outpourings of the Harper government. Tony Clement, in attempting to deflect the opposition being raised in parliament to the Harper government refusing to release actual figures in September 2010, was expounding on the industrial benefits of sales of over 5000 aircraft. Except that he was lying. The number 3,173 had been out there for almost five years when Clement spoke. And even then, he knew the numbers had dropped from that known figure. The problem was the Harperites were shoving "economy of scale" using numbers that were out of date by almost 8 years, and that included the price.

In the view of some in DND, the 2002 sign-on to the development project was a solid nod in the direction of the Lockheed Martin JSF. This despite the fact that there were still 4 other aircraft in serious contention by the Next-Generation Fighter Capability office. To many in the RCAF the JSF was nowhere close to a done deal. Simply put, it did not really exist. The concept was wonderful and the idea of a 5th Generation fighter was attractive but the Statement of Requirements at that time did not call for that. And the RCAF did not have a good strategic vision on which to base its requirements.

The arrival of General Rick Hillier into the office of Chief of the Defence Staff on 4 February, 2005 is said to have changed things in terms of military procurement. In fact, it was the arrival of Paul Martin as prime minister that caused the change, but most members of the armed services don't see it that way.

Put very simply, Hillier made a deal with Martin. He accepted the position as CDS with a proviso - the CF would get re-equipped and it would happen a whole lot faster than it had in the past. On the day he assumed command of the Canadian Armed Forces, with Paul Martin and MND Bill Graham standing just behind him, he said:


In this country, we could probably not give enough resources to the men and women to do all the things that we ask them to do. But we can give them too little, and that is what we are now doing. Remember them in your budgets.

Martin's government upped the defence budget by over $13 billion over five years and Martin agreed to sole source acquisitions in limited areas. It was his government which signed-on to the JSF development project. Then his government fell to be replaced by a Harper minority.

Hillier would have little to worry about with Harper. The short-sighted gang of would-be warriors who made up the Conservative coalition were already known for their drum-thumping and Hillier managed to get the defence budget increased by another $5 billion providing he went along with a couple of Harper's hobby horse ideas. (Ownership of strategic airlift, for one).

The problem was the projected lifespan of the Harper government. Inside DND and the CF bets were that it wasn't going to last. Further, they worried that Harper was a one-off event. Most of the middle-ranked CF felt that Harper had a lifespan of about 18 months and that once gone, he would likely be replaced by another Liberal minority, only this time, not led by Martin who had favoured rebuilding the CF as a modern, well-equipped outfit.

So ... they made a run for the end zone. To put it the way one correspondent put it to me, they cut a lot of stuff out, but they highlighted some big ticket items. One of the things they highlighted was the F-35 project and they noted that the 2002 MOU, despite the fact that it did not involve purchasing, had already cost the government over $150 million. The very vague "procurement" line in the MOU was put forward as meaning, we're going to buy. Right? Is there a need for a long, drawn-out competition among planes which really don't measure up to this bright, shiny new thing?

The Harperites, who didn't know a 5th Gen fighter from kitty litter scoop, but have never met a brand new warplane they didn't get a woody over, couldn't agree more. Further, they were fed all the correct buzzwords including, but especially, interoperability with our American allies, who will also have this sexiest of sexy new planes.

Oh. Did we mention that it does everything?

Sealed! At that point the NGFC office stopped looking at the other 4 possibilities with anything but a glance. Representatives from companies other than Lockheed Martin were shown courtesy, and that's all. While Lockheed Martin got in to see the minister's parliamentary secretary, all other possible competitors didn't even get into the anteroom. The RCAF was going to get its "5th Generation Fighter" and they were getting it from Lockheed Martin.

Even if the Harper government fell, (as was expected), a new government would be hard-pressed to blow up what looked like a solid deal. (The Chretien killing of the EH-101 helicopters was still haunting them though).

----------
That should be enough to chew on for the next few hours. In the next part I'll show you how the lies became bigger and more serious.

Great work, Dave. May we have seconds now?

Can't wait for next part.

Working on part 2. Do whatever it is you do on a Sunday afternoon. I'll have more later.

And what, I wonder, did the fine folks from Lockheed talk about once they got in the Parl Sec's office?