Your teens are going to have sex. Don't you think they deserve the truth? 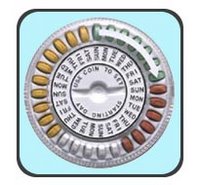 Contraception trumps abstinence. The Independent Advisory Group on Teenage Pregnancy, A British government advisory body has declared that sexual abstinence as an effective tool for reducing teen pregnancy is a complete myth. (emphasis mine)

The Independent Advisory Group on Teenage Pregnancy said that research from the United States showed that contraception was the way to bring down rates. Researchers from Columbia University and the Guttmacher Institute examined the relative roles of abstinence and contraceptive use in the "remarkable decline" in US teenage pregnancy rates, which dropped 27 per cent from 1991 to 2000. They said that 86 per cent of the decline in teenage pregnancy was due to improved use of contraception.

So, what you have here is a British advisory group providing a level of clarity based on research. American research.

What American media outlets have provided this information to the public? None. The chair of the group went on to make it clear that abstinence simply does not work.

"It is a myth that abstinence is a better approach and this US study confirms it."

That got British fundie groups in something of an uproar. After all, they, just like their North American bretheren are only a blacksmith away from producing chastity belts.

Still it's a little curious that major North American news organs haven't reported on this information. It's available right here.

Conclusions. The decline in US adolescent pregnancy rates appears to be following the patterns observed in other developed countries, where improved contraceptive use has been the primary determinant of declining rates.

You would think this would be big news. It is, after all, the truth. Unlike what was discovered in abstinence-only education programs where the participants were regularly lied to. (From 2004)

In providing nearly $170 million next year to fund groups that teach abstinence only, the Bush administration, with backing from the Republican Congress, is investing heavily in a just-say-no strategy for teenagers and sex. But youngsters taking the courses frequently receive medically inaccurate or misleading information, often in direct contradiction to the findings of government scientists, said the report, by Rep. Henry A. Waxman (D-Calif.), a critic of the administration who has long argued for comprehensive sex education.

And just recently the US Government Accountability Office found that the Department of Health and Human Services does no form of review to ensure accuracy of information in those programs. In fact, the GAO had to provide a reminder to the Bush administration:

The Administration for Families and Children, part of the department, does not review for scientific accuracy the materials used in the abstinence programs it finances, the GAO found. It awards grants to two programs that account for most of the abstinence funding.

Of course, a great deal of the information the hymen-obsessed fundamentalist crowd uses comes from not medical sources, but from the likes of Robert Rector, a political scientist employed by the right-wing policy shop, The Heritage Foundation.

The abstinence-only education gang have also been pretty cagey in cherry-picking information from reliable research establishments like the Guttmacher Institute with regards to teen rates of sexually transmitted diseases. They fail to point out that the solution proposed by those same reports is increased education in methods used to prevent the transmission of STDs, including the use of condoms. And, you can bet the virginity-pledge minute-men aren't going to include Guttmacher reports like this and this in their literature which pans US Government policy on sex education.

The simple fact is, forty percent of US sex-education providers present abstinence-only material - a method which does not work and which is couched in lies.

If we don't tell them the truth, they'll find it anyway. If they're lucky, they'll discover the truth early on.
Posted by Dave at 11:50 Recommend this Post