I make it a Sunday morning ritual to visit Lawyers Guns & Money and check out Rob Farley's exceptional series, Sunday Battleship Blogging. Rob does a great job and I wouldn't dream of attempting to duplicate it.

I am, however, curious when it comes to certain bits and pieces of history and I thought it might be worth the effort to put out some of the stuff that I find not only fascinating, but has the ability to explain certain turns of phrase we commonly employ. At this point I'll apologize to Rob, because I like his format so much I'm probably going to copy it.

We get a lot of good english phrases from the press gangs. Pressed into service and Better a volunteer than three pressed men, are just two examples. 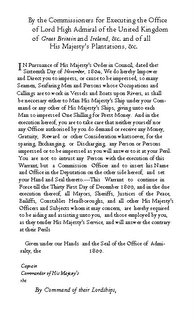 "Press" however, is a corruption of the word "prest", from old French, meaning an advance of funds and "imprest" is still in use today, normally in reference to petty cash funds.

The original "prest" was a form of financial inducement, something along the line of an enlistment bonus. A man who took the King's shilling as a bounty for joining the navy had an obligation to serve and clear his "prest"; normally travel funds and two months wages.

When war broke out in 1792 the Royal Navy was authorized an increase in strength to 45,000 from a peacetime strength of roughly 4,000. In 1794 it was increased to 85,000 and in 1799 to 120,000. The job of recruiting this number fell to what became known as The Impress Service, a branch of the Royal Navy which had an officer in every British seaport responsible for meeting the manning needs of a rapidly growing fighting fleet. It wasn't long before the corruption of the word became what we now view of impressment today: mandatory service.

The Impress Service was initially restricted to operating in seaports and taking men who formed a part of the seamen pool; merchant sailors, fishermen, colliars, etc. The demand, however, eventually exceeded supply, plus the men of the seaports had made an artform of avoiding press gangs, thus the Impress Service had to move farther inland to meet the demand for ships crews.

The mechanics of a press gang were fairly straight forward. A regulating officer would gather some of the town's "hard men" at a rendezvous and issue instructions. The "gangers" would spread out over the countryside picking up suitable "recruits". The gangers were paid by the mile and by the number of recruits signed on. Corruption was rampant and a bribe could easily keep a prospective sailor out of the clutches of the press gang. Gangers, of course, were exempt from impressment and it was rare to see actual sailors involved as members of a press gang ashore.

There were forms of exemptions from the Impress known as "Protections". American merchant seamen were issued "protections" but, for a multitude of reasons, both legitimate and without justification, the British ignored them. (Part of the reasons given by the US for the War of 1812.) Certain British seagoing occupations were issued "protections" but they were meaningless when the Admiralty issued an order to "press from all Protections", something more commonly known as a "hot press".

By 1815, impressment had, for all practical purposes, ended in Britain and, in 1835 a law, limiting the length of pressed service to five years was passed. It also stated that a man could not be pressed twice. Britain has never repealed the laws authorizing impressment and press gangs.

Trivia: Why do naval officers of British and Commonwealth countries not carry their ceremonial swords and scabbards hitched to their belts in the same manner as army and air force officers?
Posted by Dave at 04:35 Recommend this Post