Random shots on a wet Wednesday 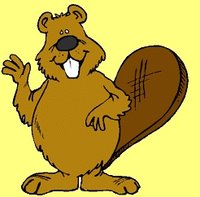 Well, Blogger was acting gunky yesterday and wouldn't allow me to upload the post which had solutions to several of the world's problems, not the least of which was how to solve the problem of global warming. Of course, I've since forgotten the math involved, so it will have to wait until next tuesday.

In the meantime I decided to occupy my time by taking a nap, getting a little action in with the cute red head progressing the large construction project on the back of the house.

Various things have caught my attention this morning, but this one over at Creekside is worth a look. (I was going to send you yesterday but, well, Blogger...). It's either Jesus, Mary, a mis-shaped potato or a Prince Edward Island tourism promotion.

Of course, having too much spare time led me to other things. I stumbled across a a vintage box of fine wine. Hardly a problem, but I suppose I should go out to the construction project and redo the railings I installed. I guess I'll just have to use a level this time.

Stephen Harper has been getting a little uppity lately. Funny how he's behaving as though he won a majority. It's time the little fella was taken down a peg or two and reminded that his government hangs by a thread. He has his own version of what he thinks he is and it's, shall we say, not the definition of "First among equals", which is the actual situation of the Prime Minister. Harper's version of "highest elected official in the land" is new... and wrong. Not that it matters since he's taken to behaving like Jean Chretien as Canadian Cynic points out.

The Governor General is out in British Columbia this week, for the first time since assuming office. I guess I'd better get on with the large construction project on the back of the house. One never knows if she'll be here for a visit. She must be close by because there's a Herc flying around and a bunch of Princess Pats falling out of the back of it. Good thing they have parachutes.
Posted by Dave at 07:04 Recommend this Post