Oh boy, the US is number one in a lot of categories. Aren't we just so damn proud?!?

The thing is, the categories we're number one in are those that don't give one a warm and fuzzy feeling. That is, unless you're into war games or maiming and killing other human beings. 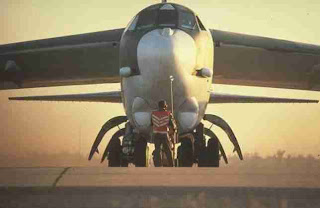 No surprise that we lead the world in weapons of mass destruction - sad nonetheless. But hey, as long as the military - industrial - congressional* complex is happy with our position, I guess that's all that matters, right?

Compliments of TomDispatch and Frida Berrigan:


A Nation of Firsts Arms the World By Frida Berrigan

They don't call us the sole superpower for nothing. Paul Wolfowitz might be looking for a new job right now, but the term he used to describe the pervasiveness of U.S. might back when he was a mere deputy secretary of defense -- hyperpower -- still fits the bill.

Face it, the United States is a proud nation of firsts. Among them:

One of the more disturbing "firsts" is this one:

The United States owes $10.040 trillion, nearly a quarter of the global debt total of $44 trillion.

If you think that won't come back to bite the economy in the ass one day, you're dreamin' . . . .
*Yes, in Dwight D. Eisenhower's 1961 address to the nation, he did include the Congress in the equation. Funny how that's been minimized over the years.

(Cross Posted from Moving to Vancouver)

Posted by West End Bob at 07:07 Recommend this Post

Email ThisBlogThis!Share to TwitterShare to FacebookShare to Pinterest
Labels: us military