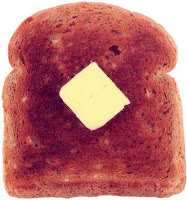 Paul Wolfowitz, architect of the Iraq war, president of the World Bank, (after being appointed by George W Bush) and general all around slimebag has refused to resign from his position according to his lawyer.

World Bank President Paul Wolfowitz will not resign under the current "cloud" and would rather push the matter to a vote of the bank's board to clear his name, his lawyer said on Wednesday.

"Mr. Wolfowitz will not resign under this cloud and he will rather put this matter to a full vote," Wolfowitz's lawyer, Robert Bennett, told Reuters.

The "cloud" Wolfowitz doesn't like being under and cannot seem to grasp is that he played favourites with his pelvic affiliate.

OK. Let's have the right-wingers start spouting the atmosphere of entitlement line. I've got the example right here.

So, it goes to a full vote. The Europeans have had their fill of this turkey. Hopefully Wolfowitz's next job won't involve any more responsibility than asking, "Would you like anything to drink with your McMeal?"