The War On Women and the Anti-Birth Control Movement 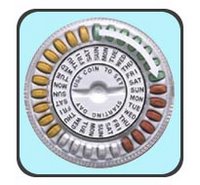 I didn't think it was possible. While I understand the basic argument of anti-abortionists, I simply cannot agree with it. That said, this bit by Judi Brown of the American Life League blew me off the stool.

This is not anti-abortion; it is anti-birth-control and anti-sex.

...many others, have never heard the truth about how the birth control pill actually works; it is one of the best kept secrets in America.

Brown purports to have secret knowledge on a medication that's been readily available for 40 years, has seen improvement and modification and has been the subject of intense study. She uses the pharmacology on Ortho Novum as the basis for her position.

Combination oral contraceptives act by suppression of gonadotropins. Although the primary mechanism of this action is inhibition of ovulation, other alterations include changes in the cervical mucus (which increase the difficulty of sperm entry into the uterus) and the endometrium (which reduce the likelihood of implantation).

What she doesn't tell you is that she added the brackets. The RxMed description of Ortho Novum from the monograph is like this in every case.

Conception Control: The contraceptive efficacy is attributed to suppression of ovulation with a possible contribution from alterations in cervical mucus and in the endometrium.

But here's what Brown makes of it:

The statement “Reduce the likelihood of implantation” means that the embryonic child cannot implant and will die. This is abortion, and that is a fact.

No it isn't. It means an ovum will not implant, thus any released ovum will not remain in the uterus, available for fertilization. Brown is inventing a scenario.

This sheds a light on the anti-abortion camp which suggests there is no limit to which some groups will go to prevent women from having sex. Given a condition under which a woman deliberately employs a reliable and relatively safe method to prevent pregnancy without entering a convent, Brown ties it in with abortion.

Brown isn't about abortion. She's about trying to prevent women from having sex... period.
Posted by Dave at 08:23 Recommend this Post