Oh Ann, you are SO butch! 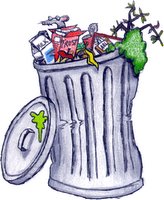 Our lady of the adam's apple is at it again. This time the racist crap spilling out of her mouth was done in the presence of the Conservative Political Action Committee. From Max Blumenthal at Huffington Post:

Coulter on Muslims:
"I think our motto should be post-9-11, 'raghead talks tough, raghead faces consequences.'" (This declaration prompted a boisterous ovation.)

Coulter on killing Bill Clinton:
(Responding to a question from a Catholic University student about her biggest moral or ethical dilemma) "There was one time I had a shot at Clinton. I thought 'Ann, that's not going to help your career.'"

Coulter on moderate Republicans:
"There is more dissent on a slave plantation then amongst moderates in the Republican party."

And Muslims are upset over Danish cartoons?!!

Of course she has been busy this week with racial slurs. From Media Matters:

Muslims are the only people who make feminists seem laid-back.

[...]
The belief that Islam forbids portrayals of Muhammad is recently acquired. Back when Muslims created things, rather than blowing them up, they made paintings, frescoes, miniatures and prints of Muhammad.

But apparently the Koran is like the Constitution: It's a "living document," capable of sprouting all-new provisions at will. Muslims ought to start claiming the Koran also prohibits indoor plumbing, to explain their lack of it.

Making the rash assumption for purposes of discussion that Islam is a religion and not a car-burning cult, even a real religion can't go bossing around other people like this.

I doubt whether Coulter has actually ever met a Muslim. She strikes me as the kind of person who, without the protection of a TV studio, at the sight of an imamah, would piss herself and run in the opposite direction as fast as her stiletto heels would take her.

The trouble is, this waste of skin believes everything she says. I can think of an appropriate Fatwa to solve the problem.
Posted by Dave at 22:06 Recommend this Post