THANKS TO ALISON, DAVE AND BORIS, the sad and disgraceful tale of Stevie's criminality unfolds in exquisite schadenfreude, maybe we'll get an IMAX version. Eventually, the Steviezit will get popped, and reasonably honest government will return to Canada.

So, while this happens, I draw your attention to some relatively quiet developments that may have some surprises: quantum computing. According to Eric Smalley's report in WIRED, "D-Wave Defies World of Critics With ‘First Quantum Cloud’", Canada is at the forefront of quantum computing.

So, what's quantum computing, and why should you care?

The quantum computer is the holy grail of tech research. The idea is to build a machine that uses the mind-bending properties of very small particles to perform calculations that are well beyond the capabilities of machines here in the world of classical physics. But it’s still not completely clear that a true quantum computer can actually be built. 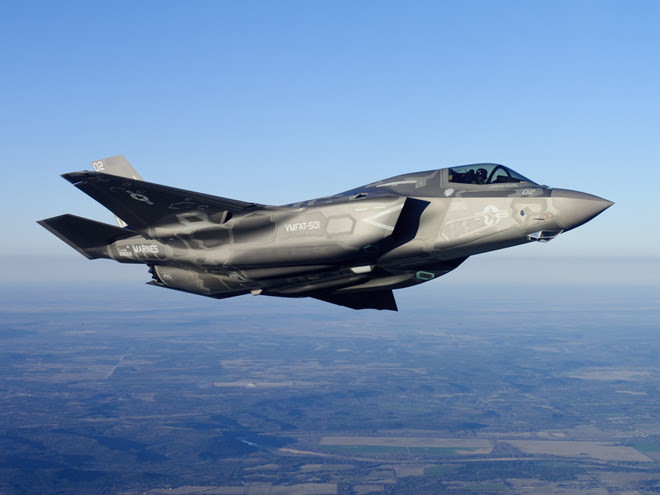 There's a Canadian company, D-Wave, that says it has developed just such a critter — and Lockheed-Martin agrees, because they bought one. Why? Because quantum computers have the power to tackle "brute force" algorithms that cannot be crunched successfully by any of the "standard" super-computers.

D-Wave’s next-generation computer is designed to handle problems with as many as 512 variables. In theory, that lets you solve problems involving two to the 512 possible combinations, and a problem of that size is beyond the reach of any classical computer that could ever be built. “It’s bigger than the number of atoms in the universe,” Rose says. “It doesn’t matter how big a supercomputer you make.”

With Lockheed, it's sorting out the F-35 mega-bloat:

Lockheed Martin makes some of the most complex systems in the world — things like the F-35 Joint Strike Fighter. On average, half the cost of developing a new complex system at Lockheed Martin is system verification and validation, and the major component of this is software verification and validation. The concern is that as it builds ever more complex systems, this cost will rise. “I have quipped in various board meetings that maybe we ought to give the airplanes away and sell the software maintenance contracts,” says Ned Allen, Lockheed’s chief scientist.

Just so's ya know what's coming down the pike at ya. Now, a lot of progressives have an anti-tech attitude, it gives them a sanctimonious frisson, but you really should know about this. Quantum computing and proteonomics — and your health. Something to really look forward to, in a Stevieless future.

Wait a while, you'll find out, lol.

Well said to Unknown, the potential spin-offs from this level of modeling power increase alone is staggering, and that's just the first of the first order effects that comes to mind from such a development. We know how much modern computing power has managed to allow for massive increases in finding more efficient ways to do things, workarounds and such for classical problems as Unknown listed, so assuming this quantum computing actually proves out to have the required stability I would not be surprised at all to see how it can have major impacts in such areas.

Very interesting bit with this post Edstock, thanks for posting it. I am not one of those that tend towards being anti-tech, indeed with my love of SF since early childhood anything but! (chuckle)

I don't speak geek...However, my son is an Electronics Engineer. I am going to put this with him. I'm sure it will be as clear as mud to me.

Here's a couple of smaller things which might help with climate change:

Grist is a good place to watch for such news.