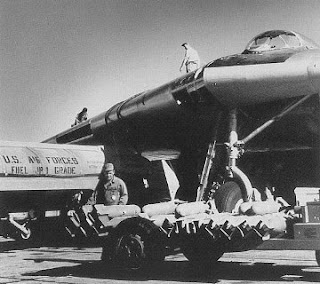 DEFENSE TECH follows military happenings world wide. Of interest, India has decided to buy 129 French Rafale fighters after comparing "against everything from the Eurofighter Typhoon and Mig-29 to the American made F/A-18E/F Super Hornet and F-16." That's the Rafale, below. They will definitely give China and Pakistan something to ponder, because gaining air superiority over the Indians isn't going to get any easier in the next decade.

Next, we have the dispatch of HMS Dauntless to the Falklands, to the relief of the inhabitants. You see, over the last 18 months, the Argentine government has become ever more truculent, and it's starting to look like the Argies might just be stupid enough to give it another try. While Dauntless is a mere 7,000 tons, according to Denfense Tech, it's not your average destroyer, and the Argies really don't want to try this one on for size:

The Type 45 destroyer is the most advanced anti-aircraft and anti-ballistic ship in the world equipped with 48 Sea Viper missiles and the Sampson radar, which is more advanced than Heathrow air traffic control.

Last, it appears the USAF is up-grading its bunker-busters. It seems they spent close to $60 million on 16 of 'em, but they're not sure they will go deep enough to take out the deeply buried Iranian nuclear facilities, but another 80 or 90 million bucks should fix the problem. As it is now, the Massive Ordnance Penetrator (MOP) is a 30,000-pound tool for penetrating 32 stories of reinforced concrete, carried in pairs by a B-2.

The decision to ask now for more money to develop the weapon was directly related to efforts by the U.S. military’s Central Command to prepare military options against Iran as quickly as possible, according to a person briefed on the request for additional funds.

Actually, Dauntless and her class are 8000 tonne displacement. Warships are measured in only in DWT. Her tonnage (volume) would be larger if she were a merchantman.

Before one gets too pointy at Argentina, consider that Cameron is the one doing most of the sabre-rattling. And typical of his let's-imitate-the-conservative-hero-thatcher, he's a little too quick with the stand-to.

I don't agree with Argentina's claim, but Cameron is the wrong person to deal with it. It's an idiot like him who got a lot of my friends killed.

It isn't just HMS Dauntless that's headed for the Falklands. Apparently Prince William is going to be spending the next six months there as a search and rescue helicopter pilot.
Cameron and his party would love to have a little dust-up in an old colonial possession about now, for the same reason as Thatcher, they need a distraction from the abyss into which the UK economy is about to plummet. If he could find a nice coalminers strike to crush, that would be next on his wish list.