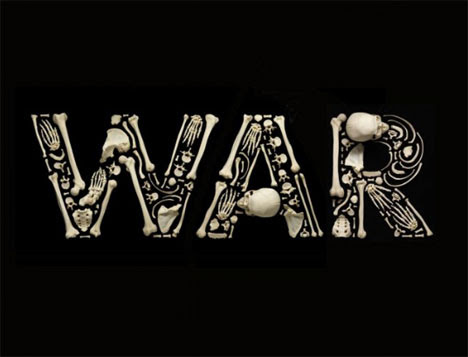 THE BONES OF WAR, indeed. That's the article title at WEB URBANIST: "The Bones of War: Haunting Skeleton Photography" 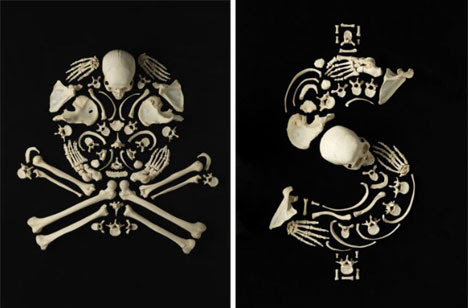 When Francois Robert unexpectedly acquired a human skeleton in the 1990s, he knew he had to do something wonderful with it. Several years later when the economy collapsed and he found himself with time on his hands, Robert finally settled on a project: powerful anti-war images spelled out in human bones.


Powerful stuff. Check out the rest.
Posted by Edstock at 21:47 Recommend this Post

Excellent and beautiful project. Thanks for finding his work, Ed.