From whence the power flows

DAMMIT JANET! is keeping a weather eye on the emerging pack of Conservative anti-choicers intent on imposing their authoritarian religious will on the women of this country. Go read and then return.

The article referred to in fern hill's post comes from the uber-propagandist, anti-woman, Lifesite. What makes it interesting is that it is not breaking news. Lifesite has simply regurgitated this older report from The Windsor Star in an apparent effort to keep up some momentum which would have been lost over the holidays.

What makes it more interesting is that this is now the fourth nutball Conservative to have yapped off in less than two weeks about "re-opening" the abortion debate.

To which Harper replies that it won't happen while he's prime minister.

There is absolutely no reason to believe him. 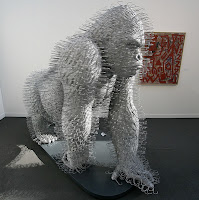 Harper's party is manufactured from an alliance of the worst of political outcasts. Refugees from former Ontario premier Mike Harris' "common sense revolution" to evolution-denying, thought-vacant, science-is-too-tough-so-it-can't-be-true christian freaks. Then Peter MacKay, after lying to his membership, folded the rotting corpse of the Mulroney-shredded Progressive Conservative party into the batter. From all of this, the Harper party built its base.

A description which, with only the slightest adjustment, would serve to describe the alliance of refuse which makes up the Harper party. Lee Atwater*, if he were alive today, would be proud.

And now Harper has a problem. His alliance of feces-flinging knuckle draggers got him what he wanted and they're starting to call in some markers.

While the Harperites were stuck in a minority in parliament he could easily shut them up on the premise that such extremist ideological public statements, unpalatable to most Canadians, would not only deny them a future majority but might cost them their tenuous minority in any future election.

Now, Harper possessing the power he craved, and the position from which to expand it, will either have to deliver or pay an even greater price - division from within and a dilution of his personal hold on power. He can no longer silence the freaks with the threat of an electoral loss. Re-election doesn't come up for 36 months and the poo-chuckers have been sitting on their hands for six years. They are, if nothing else, an impatient lot who will demand the reward they were promised or think they were promised for giving Harper his dream.

Harper has already proven he is prepared to drive legislation with only ideology at the wheel. He's also demonstrated a keenness for jack-booting his legislative agenda into law.

Now, he's going to kick it up a notch and make sure you can't hold his party of rejects to account for their words. From Frances Russell:


When Parliament rose for the Christmas break, there were signals the Harperites were planning to go where no government has gone before and place all business conducted by parliamentary committees -- or at least all potentially embarrassing business -- behind closed doors.
...

The government is especially sensitive about discussions on social issues such as abortion, capital punishment and official languages, Comartin says. He warns that if the government is able to keep everything behind closed doors, it can, given its majority on each and every committee, ensure committee reports will be "totally opaque" so that the public will never know what was said or what specific action was taken.

The only reason you would want to hide all that away is because you've got something to hide. And the reason the government is so sensitive is because they know it won't wash with most Canadians.

Clearly, abortion is back on the table. Harper is feeding you the big lie.

Missed that about LifeShite's regurgitating an old story. Thanks. Reminds me to pay more attention to the sneaky shits.

At some point over the next 4 years plus every single one of those socon issues is going to be brought up by some no name backbencher or other and talked about for a few days to a couple of weeks.

Until such time as it's been in the news and in the papers for enough time for viewers and readers to have taken note.

Then the polls will start and they won't be push polls, just top of mind stuff with no mention of specific issues.

If the apathetic majority in this country isn't paying attention - Texas here we come.

Still that's not enough reason for the LPC and NDP to get off the pot.

Didn't 'Karma' eventually run over Atwater's 'Dogma', or was that just a shot in the dark?