New captives in the Memory Hole 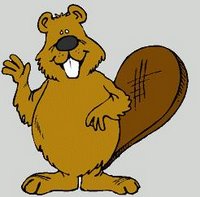 Dana's sharp eye picked up two documents from the US Army War College Strategic Studies Institute. We're archiving them at TGB Memory Hole for future use. Given the proclivity of the Bush adminstration to classify previously unclassified documents and given the current state of affairs in Iraq, these documents stand a good chance of vanishing.... down the hole.

REVISIONS IN NEED OF REVISING: WHAT WENT WRONG IN THE IRAQ WAR
David C. Hendrickson and Robert W. Tucker

Though critics have made a number of telling points against the Bush administration's conduct of the Iraq war, the most serious problems facing Iraq and its American occupiers—criminal anarchy and lawlessness, a raging insurgency and a society divided into rival and antagonistic groups—were virtually inevitable consequences that flowed from the act of war itself. Military and civilian planners were culpable in failing to plan for certain tasks, but the most serious problems had no good solution. Even so, there are lessons to be learned. These include the danger that the imperatives of "force protection" may sacrifice the broader political mission of U.S. forces and the need for skepticism over the capacity of outsiders to develop the skill and expertise required to reconstruct decapitated states.

As Iran edges closer to acquiring a nuclear bomb and its missiles extend an ever darker diplomatic shadow over the Middle East and Europe, Iran is likely to pose three threats. First, Iran could dramatically up the price of oil by interfering with the free passage of vessels in and through the Persian Gulf as it did during the l980s or by threatening to use terrorist proxies to target other states' oil facilities. Second, it could diminish American influence in the Gulf and Middle East by increasing the pace and scope of terrorist activities against Iraq, Saudi Arabia, other Gulf states, Israel, and other perceived supporters of the United States. Finally, it could become a nuclear proliferation model for the world and its neighbors (including many states that otherwise would be more dependent on the United States for their security) by continuing to insist that it has a right to make nuclear fuel under the Nuclear Nonproliferation Treaty and then withdrawing once it decides to get a bomb. To contain and deter Iran from posing such threats, the United States and its friends could take a number of steps: increasing military cooperation (particularly in the naval sphere) to deter Iranian naval interference; reducing the vulnerability of oil facilities in the Gulf outside of Iran to terrorist attacks, building and completing pipelines in the lower Gulf region that would allow most of the non-Iranian oil and gas in the Gulf to be exported without having to transit the Straits of Hormuz; diplomatically isolating Iran by calling for the demilitarization of the Straits and adjacent islands, creating country-neutral rules against Nuclear Nonproliferation Treaty state members who are suspected of violating the treaty from getting nuclear assistance from other state members and making withdrawal from the treaty more difficult; encouraging Israel to set the pace of nuclear restraint in the region by freezing its large reactor at Dimona and calling on all other states that have large nuclear reactors to follow suit; and getting the Europeans to back targeted economic sanctions against Iran if it fails to shut down its most sensitive nuclear activities.

There is nothing about these two documents that is not explosive to the Bush administration and the fact that they sit high on the reading list at the War College indicates the bubbling up of dissent. Shockwave has even more.

Each document, in the whole, is available at TGB Memory Hole in PDF.

(Updated with more commentary)
Posted by Dave at 22:58 Recommend this Post