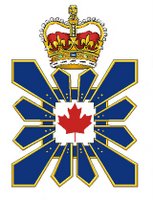 Cathie From Canada has an excellent post on CSIS deputy director Jack Hooper's testimony to a Senate defence committee inquiring into the extended deployment of Canadian troops to Afghanistan.

Since the committee was looking into a military operation and Hooper was testifying in favour of that operation something he said hit me like a brick.

First, as a matter of operational security it is considered a heinous crime to disclose an operational capability or deficiency. Given that Hooper is a deputy dawg spy, keeping things close to the chest and very, very secure should be second nature. After all, if one discloses an operational deficiency the opposition will exploit it. So we never, ever mention them publicly. Right? Like this:

Of the roughly 20,000 from the Pakistani-Afghanistan region, Hooper said CSIS could only vet about "one-tenth."

Second, when testifying before a defence committee on a specific subject, it is highly improper to go WAY off topic.

Hooper, who complained about cuts in funding, says it is difficult to properly screen immigrant applicants.

Ahh... we should have known! Anybody want to bet that the PMO pre-approved Hooper's statements?
Posted by Dave at 04:33 Recommend this Post