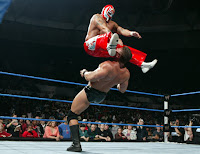 When the Ottawa Citizen does more than take a swipe at Harper, you know the Conservative-owned media has had their fill. (In all honesty, I always gave Randall Denley credit for calling 'em as he sees 'em, even if I felt he was a bit overboard in one direction or the other, so it's the fact that the OC let it go to print that's important):

Conservatives are the self-righteous law-and-order guys and they like to portray themselves as morally superior to their opponents. That will be a difficult card to play for a while. It was excruciating to watch tarnished Tory hero Brian Mulroney's attempts to justify taking cash from an arms dealer, and only paying taxes on it years later. And at a discount, too. Mulroney's misbehaviour has cost taxpayers millions of dollars for the inquiry into the matter and in legal fees for Mulroney, which we also pay. Mulroney was out of office, just, when he started taking envelopes of cash, but it was still wrong. This is what people in the business world refer to as damage to the brand.

Then there is our current Conservative government, which seems to be run by aging schoolboys with a penchant for calling names. The country is facing serious economic problems, but our Conservative leadership thinks the important thing to tell the public is that Liberal leader Michael Ignatieff has spent much of his life outside the country. Good for Ignatieff for getting out in the big world and making a success of himself. More Canadians should do the same.

Again, honestly, he had me at the opening paragraph, but then he fixed his bayonet.

The fact that Stephen Harper and his gang think success in the world is a weakness tells us a lot about them. These are the small thinkers who don't get the arts, don't get science and have no plan for our economy beyond building roads and bailing out failed automakers. Ignatieff's advice that the Conservatives should "grow up" and do their jobs properly was the smartest thing he could have said.

Welcome to our world. We've been saying that all along.

To Harper it's only the world stage if he's on it. The fact is, Ignatieff is being criticized by the hillbilly constituency for actually having lived on the world stage. Who knows more about where the loose planks are?

And would you like to know what really causes terror in the PMO? It's one simple fact. Ingnatieff was not a part of the Liberal party involved in payouts and kickbacks. He has a ready and verifiable argument against any such accusation. "I was a professor at one of the world's leading academic institutions when that happened. I'm clean."

Thus, the reason Harper and his knuckle-draggers have to portray education, international experience and global connections as negative. They have no real dirt. They have to make it up.

When you loose CanWest, Harper, you've lost the undecided. Would you like fries with that?

Jacked Up gets credit for this first post on this one. Do, please read that post and leave your comments there. Wingnuts can leave their comments here - the sewage treatment plant is used to it.