Much ado about mustard 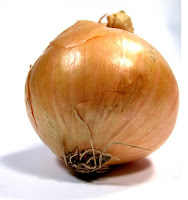 Does nobody actually get it?

Sean Hannity was testing for a job with The Onion.

Hannity floated his mustard fest in an attempt to get noticed by America's Finest News Source. Of course The Onion has standards. The ability to manufacture something witty while tackling the truly bizarre is a basic requirement. If you can do a story which others actually believe... well, here's your new desk.

The Onion has some other stipulating requirements for employment. One of the most stringent being that when you make a story out of nothing, the nothing can't really be a real-life nothing event. It has to be a big thing which can be turned on its head or absolutely impossible and turned into a story - which stupid people believe, gets blogged all over the place and goes viral. (Fox News fans are most accustomed to this... for some reason. Suspicion is that they are unable to differentiate between the veracity of a Fox News broadcast and an Onion headline. Go figure.)

The Onion has rejected Hannity's test. It seems he suffers from inconsistency. While the mustard story looked like a good first step for a budding Onionista, it turns out he was unable to explain how he missed the fact that his White House hero also consumed stuff that was, ahem, fancy... and definitely not home-grown American.

The Onion has suggested that Hannity keep trying. Perhaps we'll get something really bizarre, like a drunken vice-president mistaking his hunting partner for a duck and shooting him in the face. Wouldn't that be a hoot?!
Posted by Dave at 14:45 Recommend this Post