If it looks like CanWest bought their way in the door... 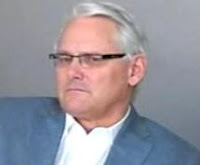 We have the right to believe they bought their way in the door until they prove they didn't.

And that is going to be pretty tough to do after CanWest Media Inc. pumped tens of thousands of dollars into the BC Liberal Party for the 2005 election, at the exclusion of all others.

Then we get the Vancouver Sun endorsing Campbell and his "Liberals". The problem is that the endorsement is accompanied by the worst kind of biased bullshit. And by bullshit I mean fabrications, misrepresentations, statistical manipulation and outright falsehoods.

When challenged by the Georgia Straight's Charlie Smith on CanWest Media's 2005 $50,000 donation to the BC Liberals, Campbell insults every thinking British Columbian by suggesting that it has no influence... at all. Then he really screws the pooch by making the suggestion that government advertising revenue is spread around... "... the fact of the matter is that we have two major daily newspapers."

Let's assume for a minute that he's talking about the Vancouver Sun and the Vancouver Province. Just for good measure, let's throw in the Victoria Times-Colonist. They are all owned by CanWest Media Inc.!!!

The Gazetteer has the video.

About that endorsement by the Vancouver Sun. My gawd, don't step in it! It'll stick to your shoe.

Now, go read Kootcoot, who tears the VSun's endorsement to shreds faster than a white-tip shark with mackerel in its gape.
Posted by Dave at 21:23 Recommend this Post