Far be it from me to ever defend a politician. I have little use for any of them regardless of their political stripe.

However, of late, I have noticed that there seems to be some kind of dyslogistic attachment made to the fact that Stephane Dion carries a backpack to work. Somehow, the idea that a man would carry a backpack is portrayed in a negative sense. It has, in a rather odd way, been used to demonstrate a form of pacifism associated with eccentricity. 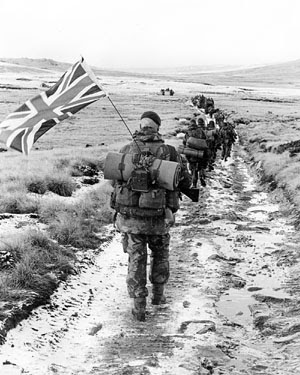 Some of my oldest friends wore backpacks to work. Here's a very well-known and famous photograph of some of them, backpacks and all. Some might have been a little eccentric, but they were hardly pacifists.