The Pope Versus the President

By Heather Wokusch, Foreign Policy in Focus
Posted on October 10, 2007 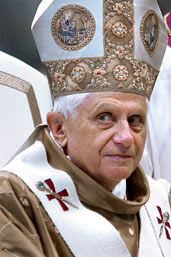 The Vatican's recent snub of Secretary of State Condoleezza Rice is only the latest salvo in the battle between Pope Benedict XVI and President George W. Bush. This tug of war has profound implications for both U.S. foreign policy and the critical Catholic vote in 2008's presidential race.

Things haven't always been tense between Bush and Benedict. They share similar views

regarding abortion, gay marriage, and other hot-button conservative issues. Cardinal Joseph Ratzinger (as Benedict was known before becoming Pope in April 2005) even helped Bush secure the White House for a second term.

Specifically, after Bush visited the Vatican in June 2004, complaining that "Not all the American bishops are with me," Ratzinger sent a letter to US bishops, ordering them to refuse Communion to "a Catholic politician … consistently campaigning and voting for permissive abortion and euthanasia laws" - a thinly-veiled reference to John Kerry. Ratzinger added that any person even voting for this Catholic politician "would be guilty of formal cooperation in evil and so unworthy to present himself for Holy Communion." Probably no surprise, then, that Bush increased his margin among Catholics by 6% from 2000 to 2004. 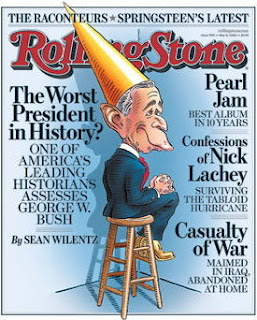 In 2005, Ratzinger was named as a defendant in a U.S. lawsuit suit accusing him of conspiring to cover up the sexual abuse of minors. At the center of the controversy was a May 2001 confidential letter he had sent Catholic bishops across the world ordering them to keep evidence of the sexual abuse of minors by clergy secret until 10 years after the child had reached adult status.

Soon after becoming Pope, however, Ratzinger was dismissed from the case. A US federal judge decided the lawsuit would be "incompatible with the United States' foreign policy interests."

As such, it is perhaps unsurprising that Benedict failed to honor Secretary of State Condoleezza Rice's urgent request for a private meeting last month. The Italian periodical Corriere della Sera reported that Rice was hoping to capitalize on the Pope's moral authority by having a papal audience focused on the Middle East. Instead, Rice was told that Benedict was on holiday and had to settle for a telephone conversation with a lower Vatican official.

The ongoing tensions between Bush and Benedict over Iraq put America's over 75 million Roman Catholics in a tricky position for 2008. By supporting candidates hawkish on the Bush administration's Iraq policies, are they defying the Pope and the Catholic Church?

Is there trouble in church/state paradise?


(Cross-posted from Moving to Vancouver)

Posted by West End Bob at 11:06 Recommend this Post