Things that grow in the darkness 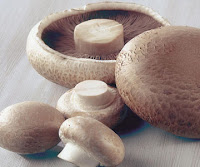 Being any part of National Defence Headquarters in Ottawa (or over there in Hull) can be frustrating. It's like living in a mushroom farm much of the time. Things grow out of cracks and turn into things you don't expect.

However, if you are the Commander of Canadian Expeditionary Force Command (CEFCOM) you would expect that you are close enough to the oracle to at least be given a "heads up" that an expeditionary mission is coming your way. It kind of goes with the territory, the security clearance and the film-star wages. There is, after all, that planning thing, then the staffing thing and, most difficult of all, that logistics thing to organize.

So, when politicians start to rumble about that there will be an extended role for the Canadian Forces in Afghanistan as trainers you'd expect that such discussions would include certain key figures in uniform, like the Chief of Defence Staff and the Commander CEFCOM.

But not when Harper is in charge.

For the past two weeks the only thing I have been hearing is, "We didn't see that one coming." And that is now verified by the Commander responsible for organizing the mission.(Emphasis mine)


"Right now we are just at the fact-finding stage, determining what is available at what rank, what skill set, what timeline," Lessard said in an interview with Postmedia News after arriving in Kandahar. "We are not looking at one option in particular. There are individual positions, left and right."
As well as meeting for 45 minutes in the Afghan capital with Gen. David Petraeus, the American who runs NATO's war here, Lessard spoke with Maj.-Gen. Stu Beare, a Canadian who is one of two deputy commanders for training.
"It is mind-boggling, all the positions. What we are looking at are things that make sense. We do not want to just scatter people all over the place," said Lessard, who also conceded he was surprised by the government decision to deploy trainers.
"Quite frankly, I did not know what was going to happen," he said, "but in the military, we are ready for anything."

Lessard's comments and description of the task he has been handed go further by confirming that the Harperites, despite all their confident claims, had and have no idea what the training role would be. You will recall that I made this point:


Canada cannot meet the demand to start filling Caldwell's requirements by this winter and next spring. We still have a combat role and will not be able to deploy personnel to a bolstered NTM-A until well after that. We can safely assume that other NATO allies will fill that demand long before we have personnel available. This is the kind of commitment many NATO nations view as a healthy and safe way to deploy without wearing the political splatter of combat casualties. We aren't going to be there for any of it.

Sure enough, Lessard expanded on that too.

The Harper government's announcement two weeks ago that Canada will undertake a mission to train the Afghan National Army _ in the relatively safer confines of Kabul once the combat mission ends _ clearly caught the military by surprise.
Up until late October there had been no planning undertaken for a follow-on mission, said defence sources in Ottawa.
Lessard said they have yet to sketch out what the training scheme will look like because a seven-member fact-finding team has just heard from NATO about what positions need to be filled.
He confirmed that not all Canadians will be based in the Afghan capital, despite what the Conservative government has said.
"It is to be Kabul-centric. What that means is: the emphasis is to be on Kabul, but not solely Kabul."
Many of the positions at the recently established NATO Training Mission Command in Kabul are already taken, but there are positions at the various military schools scattered around the country.

So .... while Harper and MacKay have known for some time now that they were going to commit to a role in Afghanistan beyond July, 2011, they never bothered to have that conversation with the organization responsible for planning and executing such a concept.
The assertion by Harper that the mission would be in Kabul was actually an uninformed assumption on his part and now turns out to be far from reality.What is clearly apparent is that Harper and MacKay had no idea what the mission would look like, the proof being offered that, after actually asking NTM-A what positions need to be filled, the Commander CEFCOM is still trying to give it form. And it isn't going to look like what Harper said it would.

The mushrooms grow strong at 101 Colonel By Drive.