Calendar creep on the Afghan map 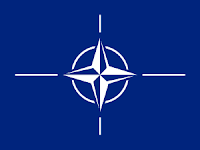 Interesting things coming out of the Lisbon NATO summit. Canada's grand emissaries to the summit had better be prepared to explain, with absolute clarity, what their hillbilly mouths agreed to.

First is this from the Afghanistan Daily Outlook. (The link will probably not survive so I'll quote the relevant line)

NATO nations formally agreed Saturday to start turning over Afghanistan's security to its military next year and give them full control by 2014. The U.S. and its allies appeared to take conflicting views on when NATO combat operations would end. NATO Secretary-General Anders Fogh Rasmussen said he did not expect NATO troops to stay in the fight against the Taliban after 2014. "I don't foresee ISAF troops in a combat role beyond 2014, provided of course that the security situation allows us to move into a more supportive role,"

That requires a careful re-read. Canada has committed to pulling out of a combat role commencing mid-2011 and starting a new mission in a training role by the end of next year. NATO has determined that an end date for its combat involvement will be 2014, if the security situation allows it, and then to take on a more "supportive" role. That could be anything from training to providing combat support in the field. The issue is that Canada assuming a training role, supposedly until the end of 2014, without grinding out the details in a proper national discussion, may well end up committed well past that advertised time.
The NATO plan is highly conditional. The US has rejected any end date and has stated that they will continue combat operations alone, if necessary.

By contrast, US officials insisted that the Nato transition plan did not guarantee an end to American combat operations. US forces could go on fighting the Taliban in Afghanistan even after transition, they said.
Transition and ceasing combat operations are “not one and the same”, said a senior US official. Speaking to reporters at the Nato summit , Barack Obama, the US President, said: “One thing I am pretty confident we will still be doing after 2014 is maintaining a counter-terrorism capability. It’s going to be pretty important to us to continue to have platforms to execute those counter-terrorism operations in Afghanistan.”

And now the Harper statement:

Regardless of what role NATO forces may play in Afghanistan after the deadline, Canadian soldiers will not be there to participate, according to Foreign Minister Lawrence Cannon.
Combat troops are pulling out next year as planned, he said, and the military trainers pledged to NATO this week will not stay past March, 2014, regardless of what other members of the alliance do. “There is no flexibility,” he said.

Right. Given that just this past summer Harper was rattling on that after 2011 the Afghanistan mission would be completely "civilian", there is absolutely no reason to believe that statement. Without a proper national discourse this is nothing but foreign affairs governance by press release.
And we don't know whether Harper and Cannon have consulted with Bob Rae yet.
Posted by Dave at 10:06 Recommend this Post

Assuming Harper is still in power in 2014, and by then, I'm pretty sure there will be a Rethuglican President in the White House by then to call Steve "little buddy" once again, like the "good ol' days" of Dubya, I would count on staying past 2014. That is, of course, just my humble opinion.