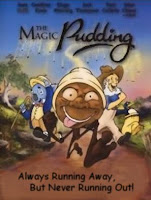 Yesterday at Creekside I linked to George Monbiot's article "The US missile defence system is the magic pudding that will never run out".
In it he reviews the utter military ineffectiveness of missile defence : it only works under perfect conditions against one missile at a time, and only as long as that incoming missile is not painted white and there are no balloons or bits of tin foil in the area to fool it.
The system persists, he notes, precisely because it doesn't work :

"Federal government is a vast corporate welfare programme, rewarding the industries that give millions of dollars in political donations with contracts worth billions. Missile defence is the biggest pork barrel of all, the magic pudding that won't run out, however much you eat. The funds channelled to defence, aerospace and other manufacturing and service companies will never run dry because the system will never work.
To keep the pudding flowing, the administration must exaggerate the threats from nations that have no means of nuking it - and ignore the likely responses of those that do."

Now that the Czech Republic and Poland are about to become pudding franchises if their respective parliaments approve the deals, the pudding wholesalers weigh in :

"The new system in Europe, which includes 10 interceptor rockets in Poland and a sophisticated radar complex in the Czech Republic, should cost another $4 billion over the next few years, according to the U.S. Missile Defense Agency.
Boeing Co, prime contractor for the U.S. ground-based missile defense system, will supply the rockets to be placed in Poland.
Lockheed Martin Corp said its system to integrate separate missile defense elements and provide a common view of the "battlespace", known as Command, Control, Battle Management and Communications (C2BMC), would play a key role in the European missile defense site.
Raytheon Co. built the powerful X-band radar now based in the Kwajalein Atoll in the Marshall Islands, which will be moved to the Czech Republic. Raytheon, also prime contractor for the Patriot air and missile defense system, declined comment on any project sales resulting from the Polish agreement"

"If we seek to understand American foreign policy in terms of a rational engagement with international problems, or even as an effective means of projecting power, we are looking in the wrong place. The government's interests have always been provincial. It seeks to appease lobbyists, shift public opinion at crucial stages of the political cycle, accommodate crazy Christian fantasies and pander to television companies run by eccentric billionaires.

The US does not really have a foreign policy. It has a series of domestic policies which it projects beyond its borders. That they threaten the world with 57 varieties of destruction is of no concern to the current administration. The only question of interest is who gets paid and what the political kickbacks will be."

It's worth remembering that before he became PM, Harper expressed a wish to revisit Canada's position on rejecting Star Wars, and the Canadian Council of Chief Executives has always promoted membership in missile defence as merely the cost of doing business with the US.
Cross-posted at Creekside
Posted by Alison at 06:20 Recommend this Post