Is Wal-Mart Good for the Working Class? 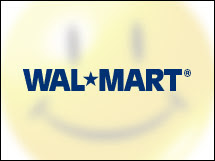 From Slate, written by Jason Furman

This is not a Wal-Mart slam, but a reasonably fair look on big-box retailing's effect on the US (boldface below, my emphasis).

"Together with a few sister "big box" stores (Target, Best Buy, and Home Depot), Wal-Mart accounts for roughly 50% of America's much vaunted productivity growth edge over Europe during the last decade. Fifty percent! Similar advances in wholesaling supply chains account for another 25%! The notion that Americans have gotten better at everything while other rich countries have stood still is thus wildly misleading. The US productivity miracle and the emergence of Wal-Mart-style retailing are virtually synonymous"

Fascinating. He has a PDF report that is also well worth reading, with more detail and citations.

The point is, good or bad, the Big Box is the way it is, and probably isn't going to disappear anytime soon, and these are the effects of this change in society. Read and reflect. 50%. Yikes! IMHO, explains a lot about all the Canadian productivity deficit noises we've heard over recent years.