Adding to the disaster... 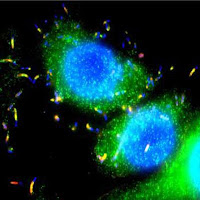 This comes from CBC and makes the Listeriosis outbreak an even bigger problem.

Two brands of Quebec-made cheese have been pulled from store shelves after provincial health officials found contamination from a strain of listeria.

Quebec's Ministry of Agriculture, Fisheries and Food ordered the recall Tuesday of two soft cheeses - Riopelle and Mont Jacob. Listeria was discovered in a Riopelle sample from a Quebec City store, as well as in Mont Jacob sold at a deli in Jonquière.

Officials said the strain is different from the one found in meat products from Maple Leaf Foods that has been linked to a nationwide listeriosis outbreak and 15 deaths.

There are two important points to be brought out here:

1. This is in no way related to the problem with Maple Leaf Foods. It is completely separate.

2. This is a product sold solely in Quebec. It is not subject to federal regulations and is inspected by provincial authorities.

That doesn't make anybody feel any better, does it?

Email ThisBlogThis!Share to TwitterShare to FacebookShare to Pinterest
Labels: listeriosis