They sent the wrong Bosworth 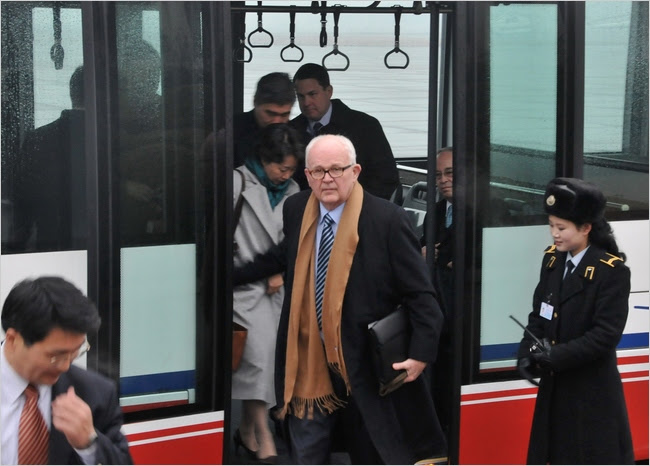 THE NYTIMES proclaims "U.S. Envoy Makes Rare Visit to North Korea", and it seems like the White House is initiating something. According to Choe Sang-Hun,

The visit by the representative, Stephen W. Bosworth, signaled a new phase in United States diplomacy toward North Korea. For months, the United States had focused on punishing North Korea, leading an international campaign to enforce sanctions imposed on it for testing a long-range rocket in April and detonating a nuclear device in May.

This is good, but I'm wondering. Steve looks like a swell dude, but he's up against somebody whose reality is like this:

Maybe the White house sent the wrong Bosworth. Maybe they should have sent a real power-projector, like Brian Bosworth, say like he was in Stone Cold. Kim likes kool. Just give him a set of dubs for the state limo. Kim needs a chopper.