Rats and bugs and minefields 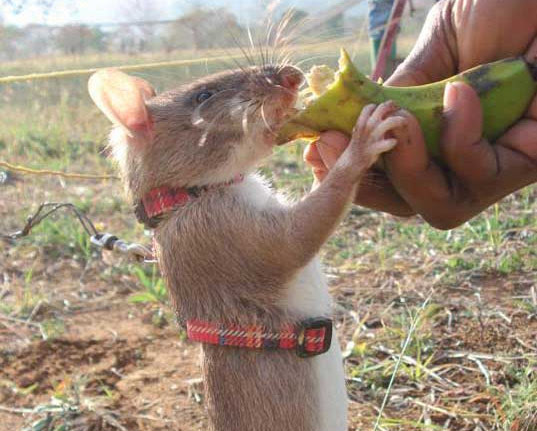 INHABITAT IS A CHEERFUL SITE, devoted to green solutions to the problems we have around us.  Sarah Parsons has an article, titled "HeroRATS Trained to Sniff Out Landmines", which is worthy of your attention.

Most people view rats as nothing more than pests, but one organization regards the critters as heroes. APOPO, an African-based non-profit, trains African Giant Pouched Rats to sniff out unexploded landmines. Organizers hope the rodents, or HeroRATS, will eventually be deployed across the globe as a cost-effective method to safely and efficiently detect and detonate hidden landmines.

You can visit HeroRATS to find out more, and even adopt one! Detecting explosives isn't all they can do, either:

HeroRATS also reliably detect pulmonary Tuberculosis (TB) in human sputum samples. Tuberculosis was the first pathogen addressed, as TB kills more youth and adults than any other single infectious disease in the world today. Currently, in 7 minutes one rat can evaluate 40 samples which is the equivalent of 2 days of microscopy work for a lab technician.

INHABITAT also has an article by Mike Chino, titled "Scientists Create Bacteria that Glows to Reveal Land Mines" that describes a successful effort by scientists at the University of Edinburgh to modify bacteria to do just that.

Land mines are currently strewn throughout 87 of the world’s countries, and each year they cause 15,000-20,000 new casualties, the vast majority of which are inflicted upon civilians. Sifting through minefields to remove these hidden threats is currently a dangerous, tedious, and expensive process, however scientists at the University of Edinburgh recently announced that they have engineered a strain of bacteria that glows green in the presence of explosives, making mine detection a snap. 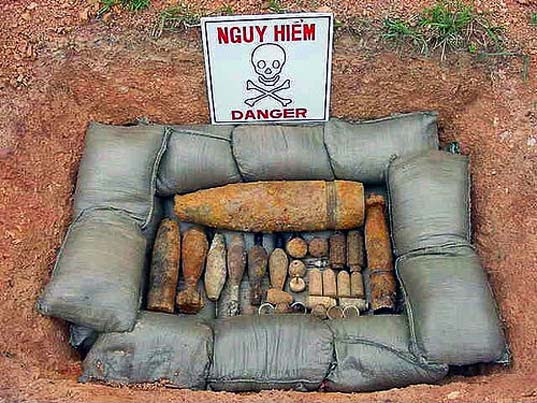