BUT SOME IN SAUDI are really getting into Bozo-land as women in Saudi are keeping up the pressure for the simple right to drive a car.

Bikya Masr is a multiple award-winning news website with staff based in Egypt and across the globe. According to their site, Bikya refers to the Arabic word for resellable clutter. The site proclaims:

Therefore, it is only prudent that a news site would employ this name, for there is much clutter in Egypt and the region that must be sorted through in order to truly gauge the inner workings of a country and region long fraught with dictatorship, harassment and violence.

I thought I would put that paragraph in, because some of the readers out there get hard-of-thinking when any comment on the peculiarity of civil rights in the Umma surfaces. You know who you are.

Anyway, Bikya Masr has a report, "No more virginity in Saudi if women drive, says council".  Maybe they're afraid all the virgins would drive away?

If women were allowed to drive in Saudi Arabia, the result would be catastrophic and lead to “no more virgins,” said clerics from the Majlis al-Ifta al-Aala, the country’s highest religious council.

Women in the country have been pushing to drive, and a number of women have driven in protest to the ultra-conservative country’s ban on female drivers in recent months.

They face public lashings, jail and ostracism if discovered driving in the only country in the world where women are not allowed to take the wheel.

The report from the Majlis, in coordination with former professor at King Fahd University Kamal Subhi, reported their findings to the Shura Council, the country’s legislative assembly.

It warned that allowing women to drive would “provoke a surge in prostitution, pornography, homosexuality and divorce.”

Within 10 years of the ban being lifted, it claimed, there would be “no more virgins” in the Islamic kingdom.

It just doesn't stop, this oppression; now, it seems that the clerics want Saudi women to even cover their eyes. Like the Huey Lewis and the News song goes, sometimes, bad is bad. Contrast with this delightful picture of Danica Patrick celebrating the first victory by a woman in major modern-era open-wheel racing — you go, girl! — and good luck and good hunting with NASCAR in 2012! 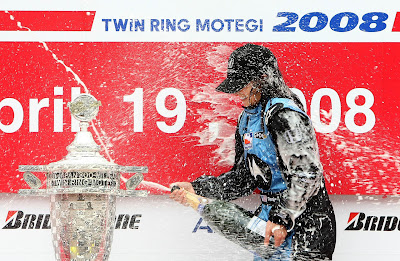 Clearly we in the West are not driving in the correct manner at all if the imams are correct.
All these years and me and mine have been doing it all wrong