So, why don't they want a comprehensive cesus? 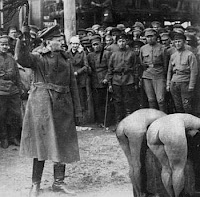 Let's face it. The census is a pain in the ass. It's not like filling in the boxes on a tedious income tax T1 because at the end of it there isn't even a faint hope of a monetary refund.

We don't like it because it's boring. And, as we start to fill it out, it seems to get into aspects of our lives we would rather not discuss publicly.

Except that it's never public. You will never be revealed. You become a statistical factor; Anonymous beyond any level you could imagine.

So, why wouldn't a government want those statistics? Easy.

Every so often you are asked to wake from the bliss of your Canadian existence and physically present yourself at a polling place. There you are asked to select the person you think would best represent your life desires, wishes, pipe dreams, etc. You expect them to report back to you what they've done. With the pencil provided, you exercise supreme power by making an X in a little circle.

That X represents a huge power. You have a part in determining who will manage this country on your behalf. That includes the use of the money you send as an investment into the continued running of this country.

When the government you helped choose opts to spend some of the money you sent to promote that community you expect them to justify that expenditure. Likewise, when that government decides to remove funding from some aspect of the community, you expect them to articulate their reasons for doing so based on some solid evidence. The census comes to mind.

The only reason a government would choose to eliminate the statistical record of the country is so they can, with a bald face, tell you, the person with the power of the X, that there is no statistical evidence to support the things they do not ideologically support.

Thus, government becomes less transparent, less accountable and much less responsible to the person holding the ballot box pencil. You have to accept their ideology because you have nothing in terms of official statistics to defend your position.

In short, your vote and the power it carries, becomes worth a whole lot less. And a government, instead of having to defend its direction, tells you that there is nothing to prevent them from pursuing their ideology.

We used to call them Trotskyites. Now, we just call it Harper's democracy.

Bonus! Chet gives a different and very important analysis.
Posted by Dave at 00:16 Recommend this Post